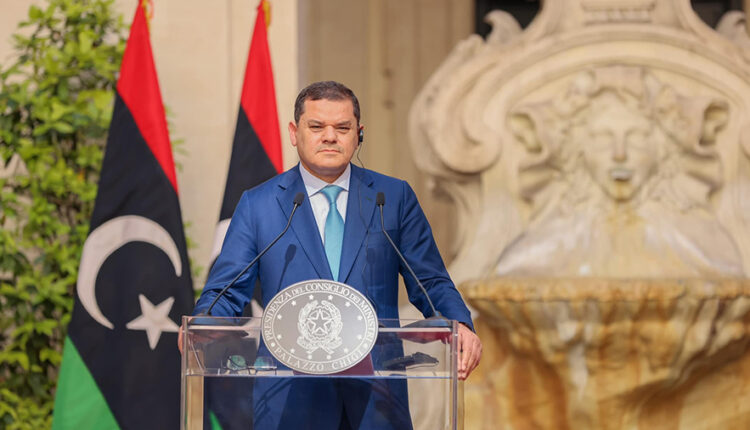 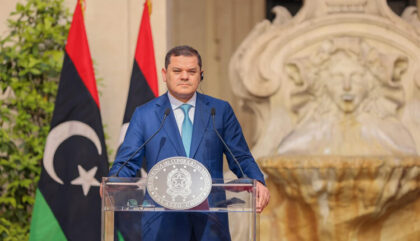 It is a “full support” that French President Emmanuel Macron expressed to the head of the Libyan government Abdel Hamid Dbeibah who was received Tuesday June 1 at the Élysée Palace.

Emmanuel Macron described the formation of the Government of National Unity (GNU) as “an important step” in ending the crisis.

Speaking after the meeting, the French head of state said that it was now a matter of going further by allowing progress on reforms and organizing the elections scheduled for the end of the year.

Emmanuel Macron who welcomed the role played by the UN in the process, said that France, which has “a special responsibility towards Libya”, was “determined to give it its full support” in terms of security, politics and economics.

On the security front, “the ceasefire agreement of October 23, 2020 must be fully implemented” and “all foreign interference must be stopped” with the “departure” of “Russian, Turkish and Syrian forces and mercenaries, but also of all the others”, whose number was estimated at some 20,000 in December by the UN.

Libyan Prime Minister Abdel Hamid Dbeibah said that Libya would honor all previous agreements signed with France. He announced that the joint Franco-Libyan committee, which has not met since 2002, would soon resume its work.

“We count on your important role, as well as your support and that of the European Union to our political program for the stabilization and organization of elections in Libya. A mission that requires full coordination with friendly countries,” said Abdel Hamid Dbeibah.

As in his meeting earlier in the day with Foreign Minister Jean-Yves Le Drian, the Libyan Prime Minister called for more coordination with France on the Libyan file.

“We also want to coordinate with you on the Libyan file at the United Nations when France chairs the Security Council in July. We count on your support to extend our sovereignty over the entire Libyan territory, for the departure of mercenaries, and to help us unify the military institution.”

On Monday, the Libyan Prime Minister was in Rome where he held talks with Italian Prime Minister Mario Draghi on the prospect of increasing bilateral cooperation in matters of investment, renewable energies, marine and industrial wealth, and health.

The two sides also discussed Libya’s reconstruction, with Abdel Hamid Dbeibah pledging that the GNU would remove any barriers to foreign companies.