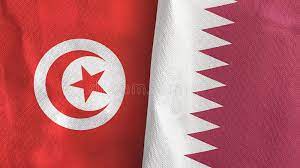 Tunisian Prime Minister Hichem Mechichi will pay a state visit to Qatar early June at the invitation of his Qatari counterpart Cheikh Khaled Bin Khalifa Al Thani, the ambassador of the Gulf country to Tunis has revealed.

Saad Bin Nasser Al-Hamidi told al-sharq news media that he handed out the invitation for an official visit to Qatar early next month at a meeting he held with the Prime Minister in tunis Tuesday.

The meeting discussed prospects for cooperation and the future of relations between the two countries.

The two officials also discussed the possibility of strengthening Qatari investments in Tunisia and addressed the issue of new projects.

Qatar is leading foreign investor in the North African country.

He also indicated that Doha is willing to tap into the Tunisian expertise and manpower that has proved its efficiency and excellence in Qatar, as the country gears up to host FIFA World Cup2022.

North Africa Post's news desk is composed of journalists and editors, who are constantly working to provide new and accurate stories to NAP readers.
NEWER POSTMali under threat of sanctions after ‘forced’ resignation of President, PM
OLDER POSTMorocco: MPs adopt bill legalizing use of cannabis for therapeutic purposes