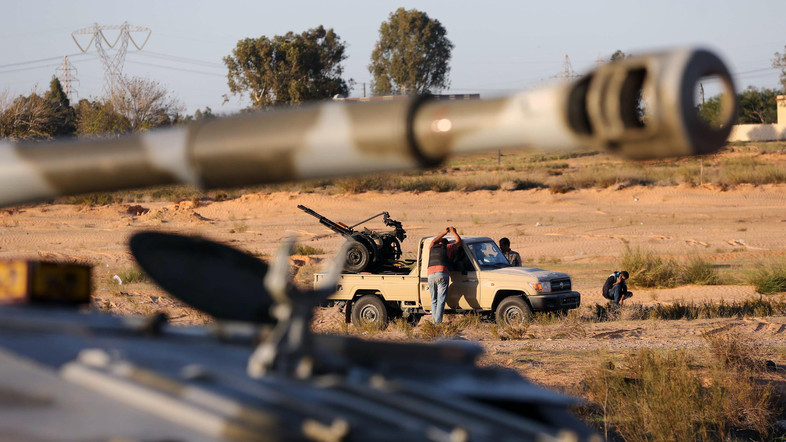 Libya : State of emergency in the South 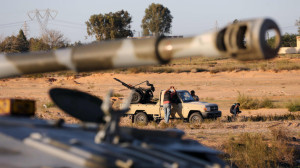 A state of emergency has been declared in Southern Libya following an attack on the Tamahind air force base in the region. The government is calling it sabotage of the revolution and accuses Gadhafi’s loyalists of being behind it. The base was overtaken by the armed group prompting the government to order an airstrike and ground assault to push them out. The region has been marred with clashes between rival tribesmen and militias especially in the town of Sebha.
Defense Ministry spokesman Abdul-Raziq al-Shabahi stated that the mission was successful after fighter jets “dealt with the targets”.  He claimed that the attack on the air force base was carried out by those “loyal to the Gadhafi regime”. The spokesman added that “we know them and we are going to track where they are going”.
Known for its loyalty to the former regime, Sabha was one of the last cities to be controlled by the rebels during the 2011 war. At least three soldiers were killed and four others injured during the fight to recapture the base which took place during the weekend.
Libya’s south has been known for its weak borders and border control officers are ill-equipped. It has become a safe haven for terrorists and the smuggling of illegal goods.
Clashes between the African-origin Tabu tribe and the Arab-origin Awlad Soliman have been going on for days in the region. More than 30 people have lost their lives.
To maintain calm in the region, Prime Minister Zeidan has ordered government troops in Misrata to move towards the South in order to “spread security and stability”. The latest attack on an airbase showcases the security challenges faced by the government during this transitional period.

North Africa Post's news desk is composed of journalists and editors, who are constantly working to provide new and accurate stories to NAP readers.
NEWER POSTEgypt’s Central Bank:The Country’s Economy’s “Sluggish”
OLDER POSTThe Storm Is Not Over Yet:Increasing Instability in the Sahel