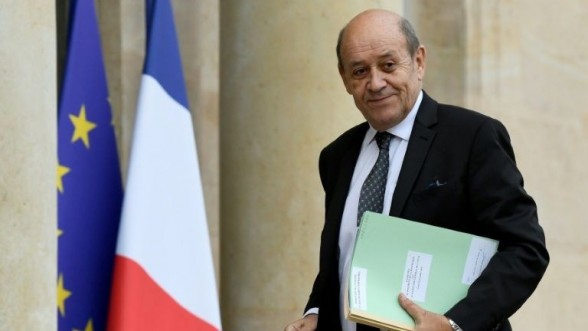 Counterterrorism: France thanks Morocco for help in dismantling terror cell 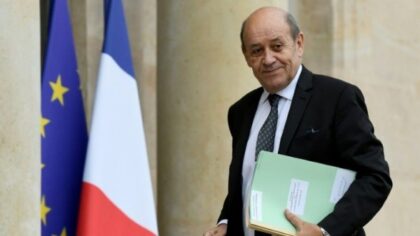 France has officially thanked Morocco for the intelligence provided by the Moroccan intelligence domestic agency, the DGST, which enabled it to dismantle an Islamist cell in Béziers (southern France) which planned to carry out an attack in a church during the Easter holidays.

French Foreign Minister Jean-Yves le Drian presented France’s thanks to his Moroccan counterpart, Nasser Bourita, during a virtual meeting between the two ministers on Thursday.

Thanks to tips provided by Morocco’s General Directorate of Territorial Surveillance (DGST) about the radicalized French woman of Moroccan origin who was plotting an attack on a church, the French police arrested five women last weekend (April 3 – 4) in Béziers, in southern of France.

This 18-year-old young woman, unknown to the intelligence services, was presented on Thursday to an examining magistrate as part of the opening of a judicial investigation.

In an opinion piece on the issue, Charles Saint Prot, Director General of the Paris-based Observatory of Geopolitical Studies (OEG), stated that Morocco has succeeded not only in avoiding a bloodbath in France, but has demonstrated once more that it is an essential partner for Paris in the fight against terrorism.

In the column published on the Theatrum-Belli website under the title “Morocco avoids a bloodbath in France”, Saint Prot noted that this operation has demonstrated once again that “Morocco is a valuable and essential partner of France in the fight against terrorism”. The two countries “are engaged in the same fight against terrorism and obscurantism both on their territories, in the Sahel-Sahara region and in Africa, where separatists sponsored by Algeria are playing the game we know,” he said.

Regarding the situation in the Sahara, “Le Drian reiterated France’s support to the search for a just, lasting and mutually acceptable political solution, in accordance with the resolutions of the United Nations Security Council. He recalled that, in this perspective, France considers the Moroccan autonomy plan as a serious and credible basis,” the spokesperson for the French Foreign Ministry said.

“The minister called for the rapid appointment of a new UNSG Personal Envoy,” she added.

At the regional level, the French top official welcomed the recent political advances in Libya and reiterated his support for the United Nations process which should lead to the organization of the elections of December 24, 2021. In terms of security, he called for the withdrawal of all mercenaries and foreign fighters, the spokesperson said.

When discussing the situation in the Sahel, the French official welcomed the participation of the head of the Moroccan government, Saad Eddine El Otmani, in the recent conference of heads of state of the G5 Sahel and in the N’Djamena Summit, as well that the participation of Nasser Bourita in the ministerial conference of the Coalition for the Sahel.

Recalling the initiatives undertaken by France in this context, he reiterated France’s support for Morocco’s serious and credible efforts as a provider of peace and stability and as a pole of development and growth.

“The FM welcomed the new dynamic in the relationship between Morocco and the European Union and reaffirmed Morocco’s strategic role as a partner of the Union,” the spokesperson added.

Le Drian also praised Morocco’s exemplary management of the Covid-19 pandemic and renewed France’s support for the strategic partnership between Morocco and the European Union (EU).