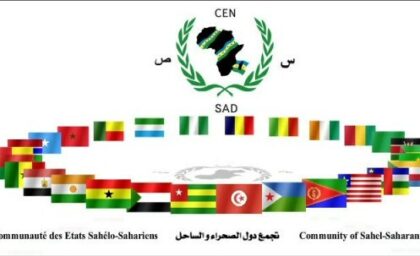 A Moroccan delegation is taking part in a high-level meeting organized by the Community of Sahel-Saharan States (CEN-SAD) and the Nigerian government on counterterrorism strategies.

The meeting, held in Abuja April 5 – 8, discusses means of consolidating the achievements on counterterrorism in the CEN-SAD zone accomplished by various meetings of Ministers of Defense and of Public Security, and upgrading experiences sharing on joint military interventions.

The Moroccan delegation made a presentation on the strategies put in place by the Kingdom to combat radicalism and terrorism.

The meeting’s recommendations, to be conveyed to the community’s states, will be considered by foreign ministers of the member states at a conference to be held in Morocco.

The Community of Sahel-Saharan States (CEN-SAD) was established in 1998, following the Conference of Leaders and Heads of States held in Tripoli, Libya. CEN-SAD became a regional economic community during the summit of the Organization of African Unity in 2000. CEN-SAD has an observer status at the UN General Assembly.

Newer PostCOVID-19: Extension of state of health emergency in Morocco until May 10, 2021
Older PostGbagbo, Blé Goudé “are free to return to Côte d’Ivoire”, President Ouattara says