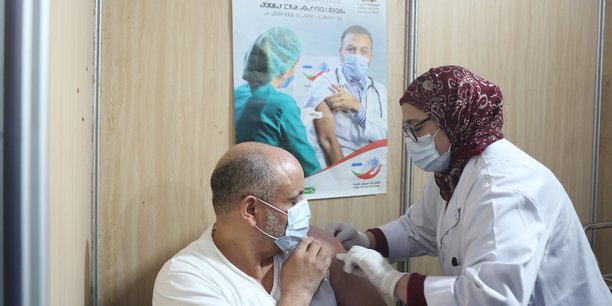 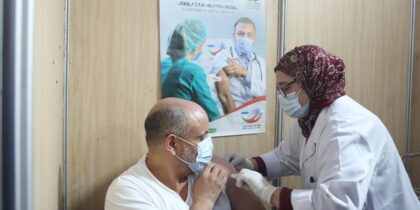 Morocco is moving with steady steps towards achieving the goal of inoculating 80% of its population with regular arrivals of vaccine shipments, the latest of which is a batch of 500,000 doses of China’s Sinopharm vaccine.

So far, Morocco has received 7 million doses- 1 million from Sinopharm and 6 million from AstraZeneca-becoming an African leader in the field.

The country has launched a web portal for people to register and learn about the nearest vaccination center and has given priority to medics, security forces and teachers as well as the elderly and people in vulnerable health conditions.

Morocco is on par with the world’s most advanced countries in terms of administered doses and has vowed to help African countries get access to the vaccine.

The deal with Sinopharm also provides for technology transfer and establishing a vaccine production plant in Morocco which would help the country ship the vaccine to Africa.

On February 16, Morocco had vaccinated over 1.9 million people as part of a national campaign that aims at reaching herd immunity in up to five months.

Morocco’s economy has been hit hard by the pandemic with revenues of the tourism sector, in particular, dropping by 53% last year to 36 billion dirhams.