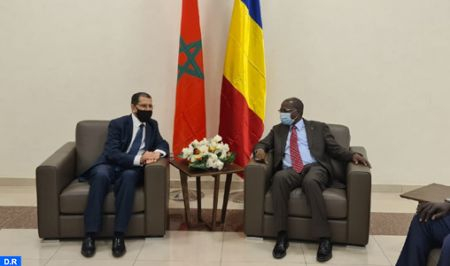 Morocco & Chad to step up cooperation in air transport & investment 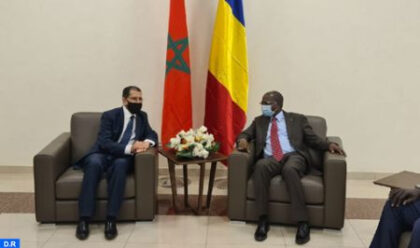 Ways of enhancing further Moroccan-Chadian cooperation in air transports, investment and culture were at the center of talks held Tuesday in N’Djamena between Head of Govt. Saad Eddine El Othmani and minister of State Kalzeubé Payimi Deubet.

During the meeting, held on the sidelines of the high-level G5 security summit attended by the Kingdom, Mr. El Othmani thanked Chad for its support of Moroccan Sahara, praising the convergence of stands of the two countries at the African Union.

For his part, the Chadian minister hailed Morocco’s continued support for the countries of the Sahel region, commended the Kingdom for its active participation in the G5 Sahel Summit convened Feb.15 in N’Djamena.

In his speech made at the summit, Mr. El Othmani renewed Morocco’s call for joint action against terrorism and strong commitment to back the G5 group which gathers Burkina Faso, Chad, Mali, Mauritania and Niger.

He also reiterated Morocco’s solidarity with the five Sahel countries, affirming that the Kingdom remains committed to Africa’s security and stability.

Morocco has been invited to the summit alongside France, the U.S., Spain and Germany. This shows Morocco’s key role in regional peace and commitment to multilateralism in addressing security issues in the Sahel.