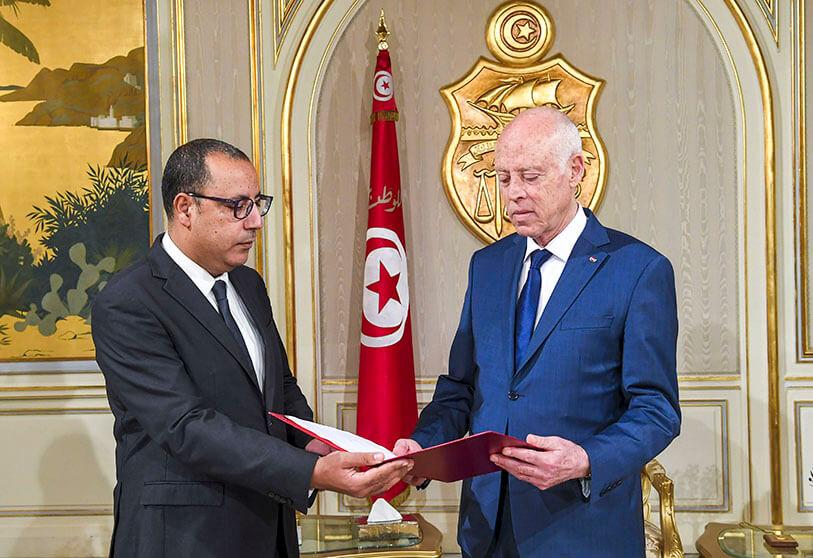 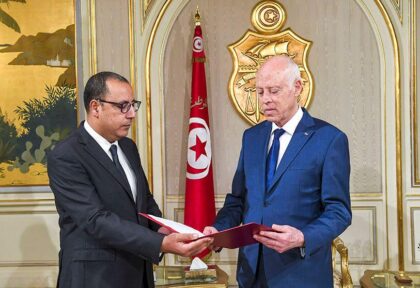 Tunisian President Kais Saied Wednesday rejected the idea of calling on foreign intervention in the conflict opposing him and Prime Minister Hichem Mechichi over the inauguration of five ministers suspected for conflict of interest.

The crisis between Saied and Mechichi further soured late last month as the Tunisian leader disapproved despite vote of confidence by the parliament the appointment of five new ministers as part of the Prime Minister’s January cabinet reshuffle.

During a Wednesday meeting with a group of parliamentarians who came to defuse the crisis, Saied indicated that the cabinet reshuffle was marred by several flaws, Webdo Tunis reports.

Saied criticized Mechichi’s unilateral move to name a new cabinet without consulting him. He also refused to validate the cabinet shakeup with the five new appointments suspected for offenses.

Ministers of interior, Health, justice, energy and employment have not been received by the President who has refused to accept their appointments.

Several allegations including corruption, conflict of interest, have been leveled against them by popular anti-corruption non-government organization, “I Watch”.

The solutions of the crisis, Saied’s office said in a statement, are mainly based on respect for the supremacy of the constitution and laws and respect for state institutions.

The Tunisian President also indicated that he is aware of calls for foreign intervention to mediate the crisis.

He stressed that the North African country is a free and independent nation and no external party is allowed to intervene in the country’s internal affairs.

Saied and Mechichi, Tunisia’s top two personalities, have been at a cold war since the Prime Minister’s appointment in September.

The two men have been haggling over the control of key state institutions including the interior ministry.

Mechichi has sacked several ministers, including minister of interior believed too close to Saied.
The crisis has impacted the North African country still reeling with the pandemic and economic hardship. Tourism, the country’s second biggest GDP contributor (14 per cent), is battered due to the pandemic.

Last week, finance minister Ali Koôli said that the country is in need of financial assistance estimated at over $6 billion to run affairs and will turn to traditional creditors.

North Africa Post's news desk is composed of journalists and editors, who are constantly working to provide new and accurate stories to NAP readers.
NEWER POSTMorocco to roll out coronavirus vaccine for people aged over 65
OLDER POSTMorocco prepares legal grounds for next general elections