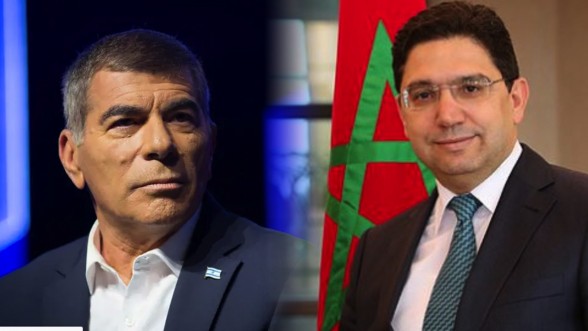 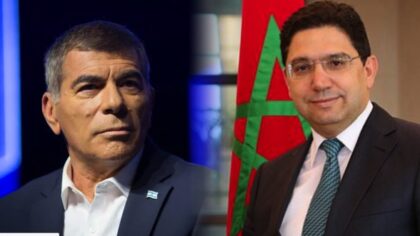 Moroccan and Israeli Foreign Ministers, Nasser Bourita and Gabi Ashkenazi had a phone talk on Tuesday that focused on cooperation between the two countries.

“I had a warm and friendly first conversation today with my Moroccan counterpart, Mr. Nasser Bourita. We agreed to work together to rapidly implement the agreements between Morocco & Israel,” Gabi Ashkenazi wrote in his tweet, adding that he also discussed with his Moroccan peer “increasing bilateral cooperation as well as wider regional issues.”

The phone call, the first between the two countries’ top diplomats, comes a week after David Govrin arrived in Rabat to open the Israeli liaison office in Morocco.

It also comes after Bourita and Israel’s National Security Advisor Meir Ben Shabbat decided during a phone call on January 29 to set up working groups for steering bilateral cooperation.

Due to the Covid-19 pandemic, these working groups will hold videoconference meetings to discuss the conclusion of cooperation agreements in investment, agriculture, water, environment, tourism, science, innovation and energy.

The two men also agreed on the exchange of visits of high-level delegations in February to finalize the terms of these cooperation agreements.

The Israeli delegation expected in Morocco in February will be led by Ben Shabbat. This will be his second trip to Morocco as he was part of the high-level US-Israeli delegation which visited Rabat in December to seal the reestablishment of ties between Rabat and Tel Aviv.

The head of the Moroccan high-level delegation that will visit Israel has not been disclosed yet.