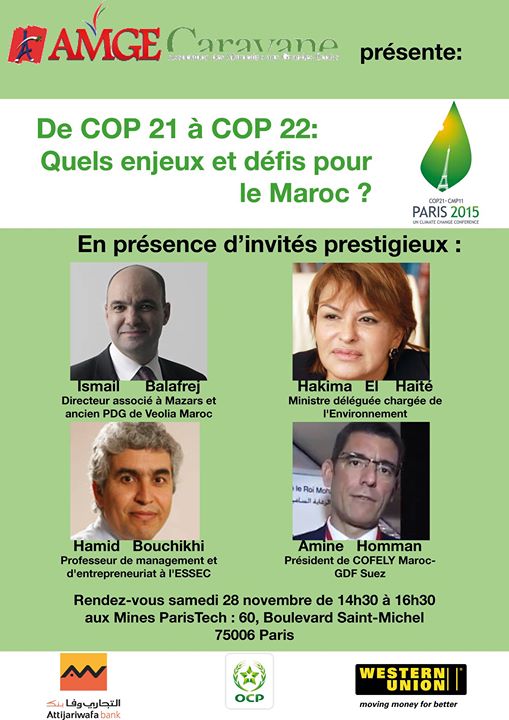 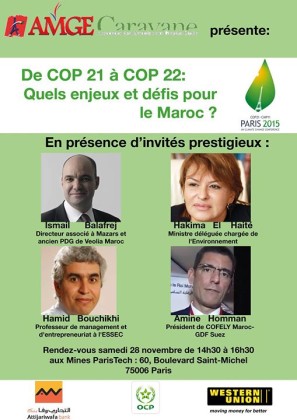 In its INDC, the North African country pledged to reduce greenhouse gas (GHG) emissions by 32 by 2030. Morocco INDC submission includes detailed information on activities, most prominently an ambitious target to increase the share of renewable electricity capacity to 42 pc in 2020.

This means Morocco is doing its “fair share” of global efforts to hold warming below 2°C. Morocco has low historic and current per capita emissions (around 3 t/cap in 2010) and expects to continue to grow in terms of absolute GHG emissions in the next decades.

Morocco pledge to reduce GHG emissions rests to a large extent on the country’s ambitious national energy strategy which seeks to reach over 50 pc of installed electricity production capacity from renewable sources by 2025 and cut energy consumption by 15 pc by 2030.

The transformation of the energy sector will enable the country to substantially reduce fossil fuel subsidies and increase the use of natural gas, through infrastructure projects allowing liquefied natural gas imports.

According to some energy experts, to hit the greenhouse gas target set by Morocco in 2030 will require an overall investment of USD 45 billion, including $ 35 billion conditional upon international support through new climate finance mechanisms, such as the Green Climate Fund.

It appears this goal is doable as the European Bank for Reconstruction and Development (EBRD) and two partners have already offered USD 250 million in debt and equity funding for renewable energy projects by private firm in Morocco, Egypt, Tunisia and Jordan.

Furthermore, renewable energy generation in Morocco has received lately a boost with an investment by the EBRD, BMCE Bank and the Clean Technology Fund (CTF) in the Khalladi wind farm in the vicinity of Tangiers.

The 120 MW wind farm is the first private renewable project financed by the EBRD in Morocco. This project is set to contribute to Morocco’s target to develop 2,000 MW of wind capacity by 2020. The most important thing is that the renewable energy produced is expected to reduce greenhouse gas emissions of over 200,000 tonnes of CO2 per year.