Polisario guilty of car trafficking in Algeria, impunity for traffickers 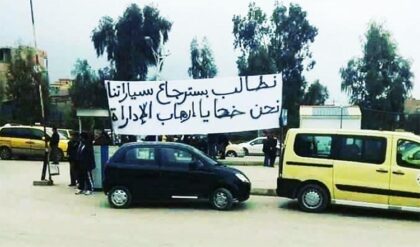 A group of Polisario militia leaders was found guilty of trafficking more than 3000 used cars from Spain and selling them illegally in Algeria, Algerian media said.

The Polisario leaders however were not indicted despite the fact that they were the main culprits who imported the cars from Spain.

Algerian independent Media, Algerie Part Plus, said that the Polisario leaders benefit from the preferential treatment of Algerian authorities to import cars from Spain without paying customs duty.

These cars are afterwards delivered to a trafficking network that falsify the car registration.

So far, dozens have received jail terms ranging from 2 to life in prison, but no Polisario member is among them, said Algerie Part Plus, deploring the protection of the Polisario criminals by the Algerian regime.