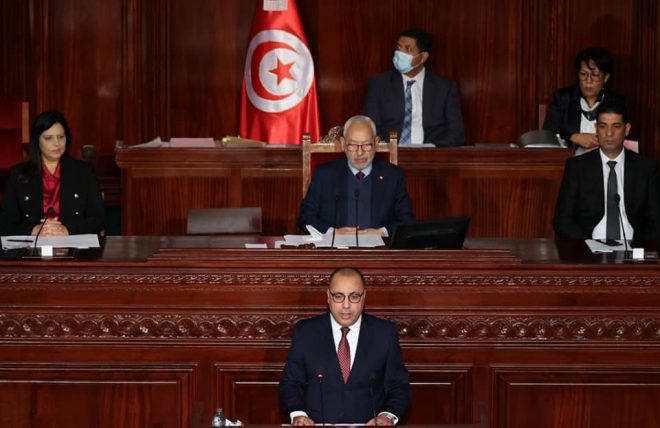 Tunisian Prime Minister Hichem Mechichi won a confidence vote from the parliament for the recent cabinet shake-up that saw the entry of 11 new ministers.
Lawmakers approved Mechichi’s new picks for the ministries of interior, justice, health, employment, industry, energy, agriculture, environment, sports, culture and land affairs.
Mechichi conducted the reshuffle on Jan. 16 on the back of undeclared fiction with President Kais Saied. He dismissed culture and interior ministers for misconduct and sacked the environment minister mired in a waste management scandal.
The Tunisian Premier has been in a cold war with the country leader over the control of some ministry departments including interior, justice and health, all believed headed by individuals aligned with the President.
Per the Tunisian constitution, the Prime Minister is head of the government but the President controls the defense and the foreign policy. The cabinet reshuffle is the first since Mechichi named his cabinet in September.