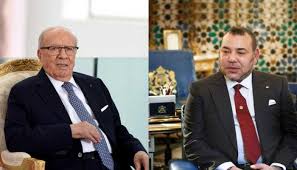 The Moroccan embassy in Tunis has cancelled the function planned for July 30 to celebrate Throne Day following the passing away of President Béji Caïd Essebsi.

The move was made at the instructions of King Mohammed VI in compassion with brotherly Tunisia, the Foreign Ministry said in a statement.

King Mohammed VI, who has been represented at the late president’s funeral Saturday by his younger brother Prince Moulay Rachid, had expressed in a message of condolences his deep sorrow at the demise of President Béji Caïd Essebsi that he described as “one of the great men of Tunisia who devoted their life to serving their country and contributed with selflessness and devotion to the building of a modern state”.

“Béji Caïd Essebsi worked conscientiously and with exemplary patriotism to complete and devote the democratic process of his country,” the King said in his message.