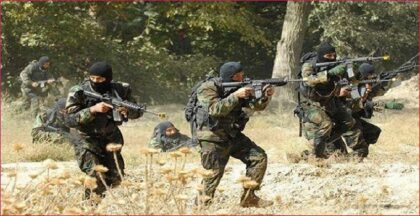 The corpse of a shepherd believed beheaded by terrorists was found Sunday in the mountains of the Kasserine governorate.

The decapitated body of the young man from Hassi El Frid (Kasserine governorate) was found Sunday afternoon by his family in the closed military zone in Mount Salloum, the victim’s uncle Nejib Dhibi told TAP.

A military source told local Mosaïque FM the 23-year old victim, identified as Okba Dhibi, was assassinated by a group of terrorists who retreated in the region’s mountains.

Prime Minister Hichem Mechichi, gave instructions to the Ministers of Defence and Interior to step up efforts to reveal the underlying nature of the crime and identify the perpetrators and those who had planned it.

War on terrorism must be pursued relentlessly and with the same determination, he stressed.

The Kasserine mountains, stretching along the Algerian border, play host to terror groups who often lay ambushes to army troops.

Both men according to the army were involved in several attacks and other gruesome killings notably the beheading of three shepherds, Saied Ghozlani in 2016, Khalifa Soltani in 2017, and Khaled Ghozlani in 2018.