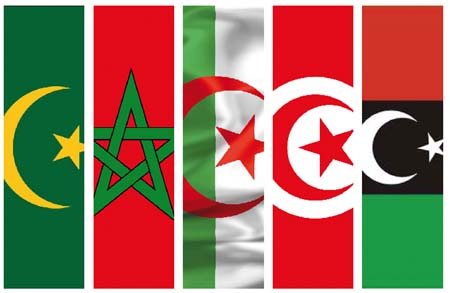 EU Wants Maghreb to Move forward in its Integration 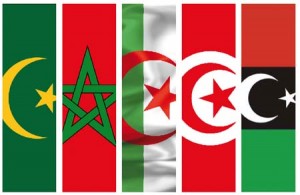 The European Union is pushing the five countries of the Maghreb (Algeria, Libya, Mauritania, Morocco & Tunisia ) to enhance their cooperation and foster their integration because the two regional blocs and shores of the Mediterranean share common interests.
To reach that goal, the EU High Representative and the European Commission issued a Joint document setting out some proposals to support the five countries of the Maghreb in their efforts towards closer cooperation and deeper regional integration.
These proposals will be discussed with the governments of Maghreban as well as with representatives of business and civil society. These proposals include the sectors which could allow countries of the region to build better and stronger partnerships.
Despite its huge development potential and common cultural and linguistic ties, “the Maghreb is one of the least integrated regions in the world”, deplored the document. Studies have shown that the removal of barriers in the region could have significant economic benefits, support efforts to combat instability and help address a number of regional challenges including socio-economic development, combating climate change, protecting the environment and developing clean, sustainable energy.
Enhanced economic ties and cooperation between Maghreb countries could enable the region improve its growth by 1 to 2 pc of GDP a year.
“The Maghreb is a region with enormous human, economic and cultural potential”, said Mme Catherine Ashton, High representative of the Union for foreign affairs, security policy and vice-president of the EU Commission.
She welcomed the calls from partners in the region for closer cooperation and deeper integration between Maghreban countries, saying that “citizens on both sides of the Mediterranean stand to benefit from such developments”.
For his part, Commissioner for enlargement and European neighborhood Policy Stefan Füle added that the move responds to calls from public and private actors within the Maghreb countries for progress in integration.
“We have proposed a wide range of measures to support efforts in this field while recognizing that it is for Maghreb partners themselves to determine the extent and pace of integration,” he said and recalled the EU´s own integration experience. “Based on that experience, we believe that efforts towards integration within the Maghreb would not only bring real benefits to the people of the region but also ultimately to the EU itself”.
One of the areas for closer integration of the Maghreb countries is energy. “Energy plays an important role in the development of the region. With our Mediterranean Solar Plan we are aiming to help our partners,” Commissioner for Energy Günther Oettinger said.
The UE move for closer ties with the Maghreb is part of the EU’s overall response to the Arab Spring and transformation taking place in the southern Mediterranean. It also comes to rev up the support currently provided by the EU for the countries of the Maghreb bilaterally and regionally through the European Neighborhood Policy, the European Development Fund and the EU strategy for security & Development in the Sahel.