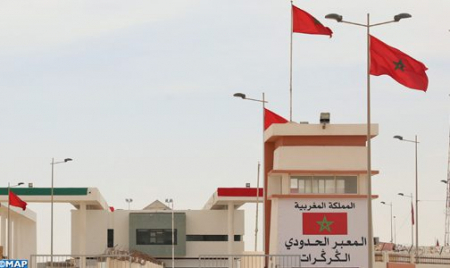 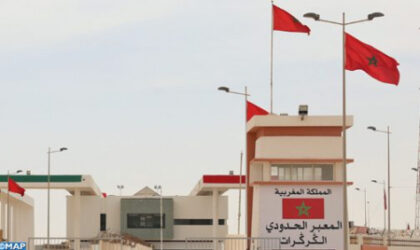 Portugal and Switzerland have reaffirmed in separate statements support for a political solution to the regional conflict over the Sahara under the aegis of the United Nations.

The head of the Swiss Federal Department of Foreign Affairs (FDFA) Ignazio Cassis reiterated on Wednesday the Swiss government’s support for a political, just, lasting and mutually acceptable solution to the regional dispute over the Moroccan Sahara, underlining that the UN is the central actor in this issue.

“The Federal Council is convinced that only negotiation will lead to a just, lasting and mutually acceptable political solution,” Ignazio Cassis said at the question time at the National Council (lower house).

On Nov.13, the Moroccan army has secured the southern border crossing point of El Guerguarat and restored the free movement of people and goods between Morocco and Mauritania after three weeks of obstruction by the Algeria-backed polisario militiamen.

Following the developments in El Guerguarat, Bern has called for maintaining the 1991 UN-sponsored ceasefire agreement and voiced readiness to continue to host the UN-led dialogue process initiated in 2018 in Geneva, Cassis said, affirming that the UN “is the central actor in this issue”.

Last February, the Swiss Federal Department of Foreign Affairs underlined that there is no official representation of the Polisario at the United Nations Office in Geneva, or at the Federal Council, contrary to the allegations of a member of the Polisario separatist group who had claimed to be “representative in Switzerland and at the UN.”

Also on Wednesday, the Portuguese Foreign Ministry welcomed Morocco’s commitment to achieve a political solution to the Sahara issue, under the aegis of the United Nations and highlighted the restraint shown by the Kingdom in the Guerguarat crisis as well as its commitment to the 1991 ceasefire.

Portugal’s position was expressed in a statement from the Portuguese embassy in Rabat following a telephone conversation between the two countries’ Foreign Ministers Augusto Santos Silva and Nasser Bourita.

During their talks, Bourita informed the Portuguese top diplomat on Morocco’s actions to preserve road traffic in Guerguarat, the statement said.

The two ministers also discussed bilateral relations, the preparation of the high level meeting between the two countries, to be held in 2021, and relations between the European Union and the countries of the southern neighborhood.

Portugal will hold the presidency of the Council of the European Union in the first half of 2021.

Several other European, Arab, African, Caribbean and Latin American countries have  expressed support and solidarity with Moroccan action to end to Polisario provocations and obstructions of traffic and trade between Morocco, Mauritania and Sub-Saharan countries.

North Africa Post's news desk is composed of journalists and editors, who are constantly working to provide new and accurate stories to NAP readers.
NEWER POSTUSA recognizes Morocco’s sovereignty over the Sahara, President Trump announces to King Mohammed VI opening of a US consulate in Dakhla
OLDER POSTMoroccan Ambassador re-elected Vice-President of UNICEF Executive Board for third consecutive year