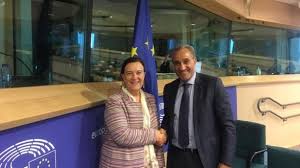 The EU-Morocco joint parliamentary committee will hold its 10th annual meeting in Rabat on March 1st to look into the achievements made by this important body set up by Rabat and the European bloc to bolster their political cooperation and protect their geo-strategic interests.

Participants will discuss security challenges and assess the progress made in the fight against radicalism in the Mediterranean region and the Sahel-Sahara region.