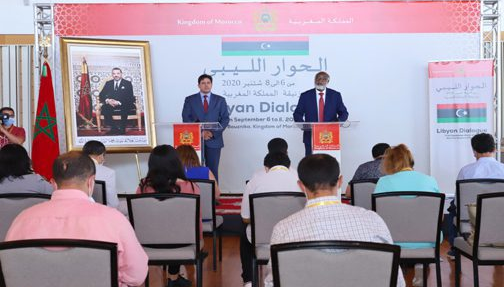 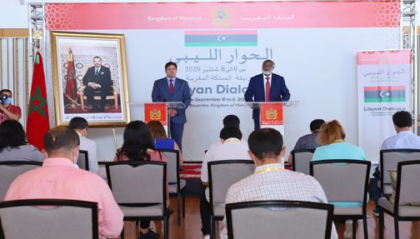 Representatives from eastern and western Libya have made inroads at the end of the third day of their direct talks in Bouznika, a coastal city near Rabat.

The talks, started Sunday, bring together representatives of the Tobruk-based parliament and the Libyan High Council of state, with the first representing the East and the latter the West.

Speaking to the Press, representative of the High Council of State, Mohamed Khalifa Najm, read a joint statement of the two delegations highlighting positive outcomes and promising prospects for the Morocco-convened talks.

“The political dialogue is on a positive and constructive path and everyone hopes to achieve positive and tangible results that would pave the way to a comprehensive political solution,” he said.

Talks focused on fostering the ceasefire and anti-corruption efforts and putting an end to institutional divisions.

The two parties had earlier expressed their gratitude to Morocco for facilitating these talks.

Moroccan Foreign Minister Nasser Bourita reiterated at the opening of the direct negotiations Morocco’s position in support of Libya’s stability and unity and its encouragement to Libyan parties to reach a home-grown solution without foreign interventions.

Morocco’s mediation has been welcomed by the UN, the European Union, the African Union, the Arab League, the Community of Sahel-Saharan States (CEN-SAD), as well as Egypt, Turkey, Italy and Jordan.

The organizations also thanked Morocco for the initiative to bring together the two parties of the Libyan conflict.

The talks will resume on Thursday and may last until Friday as the Libyan people aspires to an end of a crisis that has left the country lacking in security, services and economic development.

North Africa Post's news desk is composed of journalists and editors, who are constantly working to provide new and accurate stories to NAP readers.
NEWER POSTNigeria’s Buhari urges West African heads of state not to cling to power
OLDER POSTAlgeria loses about $100m over poor quality of Sonatrach’s petroleum products