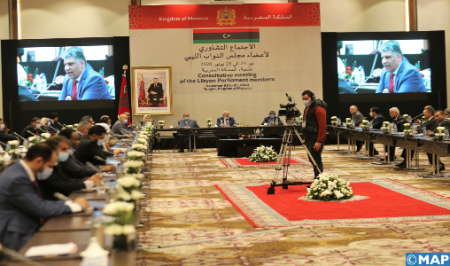 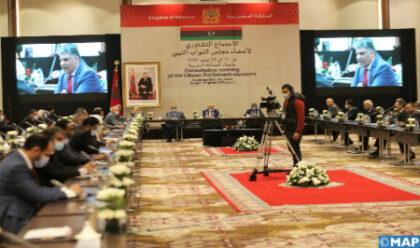 Libya’s High Council of State has praised the outcome of the consultative meeting of members of the Libyan House of Representatives, held in the Moroccan city of Tangier Nov. 23-28 with the participation of 123 MPs representing various political parties, trends and groups.

The Council commended, in a press release, the decision to convene a meeting of the House of Representatives in the city of Ghadames (740 km southwest of Tripoli) and take the necessary measures to end division.

It called on Libyan MPs to work in coordination with the High Council of State to resolve crises, prepare for elections and restore the country’s stability.

In Tangier, members of the Libyan House of Representatives had voiced determination to end conflicts and divisions and to preserve the country’s unity and sovereignty over all its territory.

They had also expressed their full readiness to interact positively with all the results of the dialogue process, in accordance with the constitutional declaration, its modifications and the Libyan Political Agreement, welcoming all the positive advances made through the Commission 5 + 5.

They also affirmed their commitment to hold presidential and parliamentary elections within a constitutional framework, and to end the transition period as quickly as possible, so as not to exceed one year after the holding of the meeting of the House of Representatives.

The Libyans also praised Morocco’s efforts and commitment to supporting the Libyan people to achieve a political solution to the crisis in the country.

This new round of talks seeks to unify visions regarding the political and institutional process in Libya. It comes after two rounds of inter-Libyan dialogue held in Bouznika (Sept.6-10 & Oct. 2-6).

North Africa Post's news desk is composed of journalists and editors, who are constantly working to provide new and accurate stories to NAP readers.
NEWER POSTRabat calls on EU to support Mohammed VI Fund for Investment
OLDER POSTMore countries support Moroccan operation in Guergarate to restore peace and security in the Maghreb and Sahel region