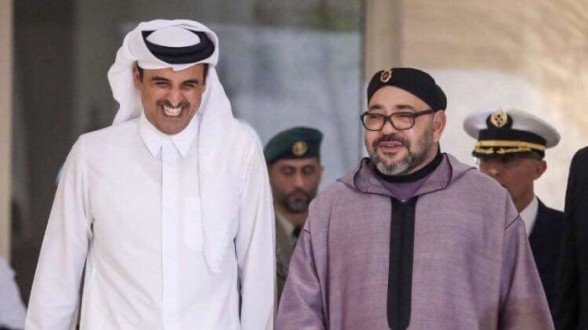 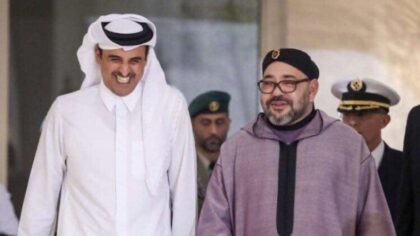 The Emir of Qatar, Sheikh Tamim bin Hamad Al-Thani, has welcomed the decisions taken by King Mohammed VI to restore the situation in the region of Guerguarat in the Moroccan Sahara and hailed the positive results of these decisions which allowed to reopen the crossing point between Morocco and Mauritania and restore the safe movement of people and goods.

Sheikh Tamim expressed his support during a phone call with King Mohammed VI on Monday Nov. 16, according to a statement by Morocco’s Royal Office.

Sheikh Tamim also expressed Qatar’s support for Morocco’s measures to defend the security of its territories and citizens.

King Mohammed VI on his part welcomed Sheikh Tamim’s decision to organize direct elections of the members of the Qatari Consultative Assembly (Shura Council) next year.

King Mohammed VI considered the upcoming elections to be an important step in harmony with the constitutional choices of brotherly Qatar and constitutes a new milestone in the country’s development and modernization process.

The council is one of Qatar’s most powerful institutions as it directly advises Qatari rulers. The elections are set to take place in October 2021.

After weeks of Polisario banditry at the Guerguarat crossing point that left the route linking Morocco to the rest of Africa blocked, Morocco on Friday Nov. 13 opened the road after a professional intervention of the Royal Armed Forces that cleared the road and enabled the return of the free flow of passenger and commercial traffic.

Qatar was among the first countries that voiced support for Morocco’s intervention in Guerguarat and condemned Polisario’s hostile act.

Only a few hours after Morocco established a security cordon in the region, the Qatari Ministry of Foreign Affairs issued a statement expressing the Gulf country’s support for the step taken by the Kingdom of Morocco to put an end to the blockade and obstruction of movement.

North Africa Post's news desk is composed of journalists and editors, who are constantly working to provide new and accurate stories to NAP readers.
NEWER POSTAlgeria: The African champions qualify for the 2022 AfCON after a draw with Zimbabwe
OLDER POSTSahel § Saharan states welcome Morocco’s actions in Guerguarat