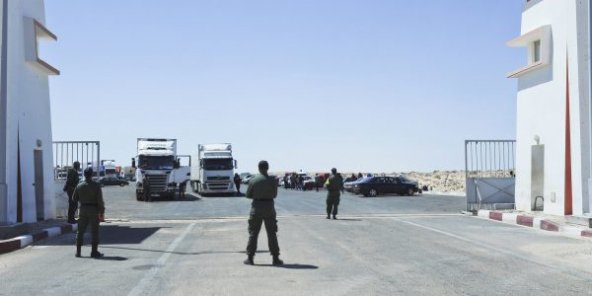 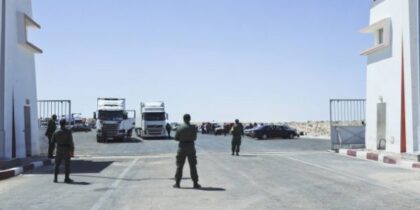 Arab states and the international community have expressed support for Morocco’s actions to restore commercial and civilian traffic on a passage that has been blocked by the Polisario from October 21 to November 13, underlining the legality of these actions.

In the Arab world, Qatar, Saudi Arabia, the UAE, Bahrain, Kuwait, Oman, and Jordan, as well as the Speaker of the Arab Parliament, Adel Abdel Rahmane Al-Asoumi, have voiced support for the measures taken by Morocco in Guerguarat to defend its security and sovereignty over its territory and ensure free civilian and commercial movement in the buffer zone.

Besides renewing support to Morocco’s territorial integrity, these countries denounced, in statements by their respective foreign ministries, the banditry of the Polisario in the region.

They also commended the efforts of the United Nations to consolidate peace and stability in this area.

The Royal Armed Forces (FAR) set up, during the night of Thursday to Friday, a security cordon to secure the flow of goods and people through the buffer zone of Guerguarat, connecting Morocco to Mauritania.

Thanks to this action that unfolded peacefully, road traffic between Morocco and Mauritania, through the Guerguarat crossing point, resumed Saturday afternoon in both directions.

The dozens of freight trucks, which had been blocked for three weeks because of the Polisario militias’ provocative acts, have crossed the Moroccan-Mauritanian borders.

The UN Secretary-General said he remains committed to doing his utmost to avoid the collapse of the ceasefire that has been in place since 6 September 1991 and he is determined to do everything possible to remove all obstacles to the resumption of the political process,” aimed at achieving a negotiated political solution to the Sahara issue, the official added.

“MINURSO is committed to continue to carry out its mandate and the Secretary-General calls on the parties to guarantee full freedom of movement to the (UN) Mission in accordance with its mandate,” the spokesman concluded.

Mauritania, the first country to benefit from the restoration of order in Guerguarat, Russia and France have also called for restraint, respect of the ceasefire, and search for a political solution within the framework of the UN.

The same position was expressed by the European Union. In a tweet reacting to the end of the Guerguarat crisis, EU Neighborhood and Enlargement Commissioner Olivér Várhelyi wrote: “I salute Morocco’s commitment to the ceasefire. Guaranteeing the free movement of people and goods is fundamental.”

“Tensions must give way to the political process,” the EU official added, stressing that “preserving the political and economic stability of the neighborhood is essential.”

The Group of the Greens in the European Parliament also commended on Saturday Morocco’s commitment to the ceasefire, saying that it is vital to preserve the political and economic stability of the region and that the free movement of people and goods is not negotiable.

The UN Secretary General Antonio Guterres deplored that his efforts to avoid escalation in Guerguarat have failed and vowed that the UN remains committed to avoid the collapse of the ceasefire.

The reaction of the African Union falls in the same spirit as that of the United Nations. President of the AU Commission, Faki Mahamat, expressed concern about the situation in Guerguarat, and welcomed the efforts of the UN SG and countries in the region aimed at ensuring respect for the 1991 ceasefire agreement. The President of the AU Commission, underlining the primacy of the UN in handling the Sahara issue, reaffirmed the AU’s resolve to support the UN efforts for a just political solution acceptable to all parties to this conflict.

The reactions of the UN, the AU and the EU translate a form of relief and demonstrate that Morocco was within its rights when it put an end to the obstruction of the passage that connects it to the Mauritania.

Hundreds of trucks use this crossing point daily to supply the Mauritanian market and the markets of several countries of the Economic Community of West African States (ECOWAS), especially with fruits and vegetables, as well as with other consumer products (medicines, hardware, food products, etc.) Mauritania uses this passage to export its fish to Europe.

North Africa Post's news desk is composed of journalists and editors, who are constantly working to provide new and accurate stories to NAP readers.
NEWER POSTPolisario puts final nail in its coffin
OLDER POSTMorocco Guerguerat intervention, a step towards ending once and for all Polisario banditry