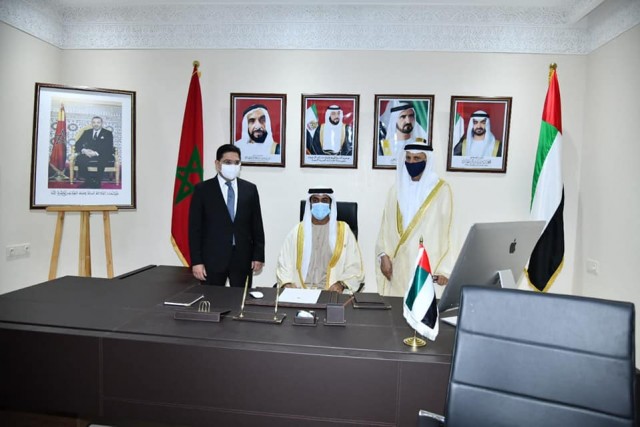 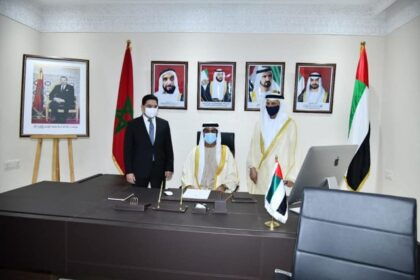 The opening Wednesday of a UAE Consulate General in Laayoune will give a new impetus to the “solid and strategic” relations between the two countries, said Emirati FM, Sheikh Abdullah bin Zayed Al Nahyan.

“This act is an indication of the long-standing and strategic nature that has always marked the ties between our two countries,” said the Emirati official in a pre-recorded video address broadcast during a ceremony held following the inauguration of the UAE Consulate General in Laayoune.

The Foreign Minister said he is confident that this diplomatic representation will play a decisive role in opening new economic opportunities, expanding areas of understanding, and promoting channels of cooperation.

These ties have been further strengthened in recent years, thanks to the leadership of King Mohammed VI and his brothers the Emirati leaders, he said, underlining that his country has always supported all Moroccan just causes in various regional and international fora. This support reflects the bonds of fraternity and fruitful cooperation existing between the two brotherly states.

He also commended the “pioneering role” of King Mohammed VI in upholding peace, stability and security in the region, as well as in supporting international and UN efforts aimed at resolving conflicts at the regional and global levels, and this in coordination and consultation with the wise leadership of the UAE.

The two countries’ leaders have also a common vision as to the way to enable the people of the region enjoy a dignified life, based on optimism and security.

For his part, UAE ambassador in Rabat, Al Asri Saeed Ahmed Aldhaheri, said that the opening of his country’s Consulate General in the capital of the Moroccan Sahara, which coincides with the celebration of the 45th anniversary of the Green March, offers an opportunity to boost bilateral relations and upgrade the efficient and fruitful cooperation existing between the two countries.

Aldhaheri stressed that this diplomatic representation will open wide prospects for the promotion of cooperation and development of bilateral relations, in accordance with the far-sighted directives of the leaders of both countries.

In a column on the opening of the UAE consulate in Laayoune, Emirati news outlet “Al-Ain Al-Ekhbariya” hailed the move as a historic event that strengthens the strategic partnership between the two countries.

The decision “is part of the fruitful relations of cooperation and effective solidarity linking the two countries and illustrates the unwavering position of the United Arab Emirates in the defense of the legitimate rights and just causes of Morocco, and its constant position alongside the Kingdom in local and international forums,” the website outlined.

The United Arab Emirates is the ninth country to open a diplomatic representation in Laâyoune, in less than a year, but it is the first Arab country to make such a move.

Besides these significant diplomatic gains scored by Morocco in Africa, the opening of the UAE consulate in Laayoune will surely prompt other Arab states that support Morocco’s territorial integrity to make similar decisions.