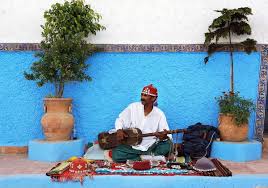 Morocco has been elected member of the Intergovernmental Committee for the Safeguarding of Intangible Cultural Heritage of the UNESCO for a four-year mandate.

The election of the Kingdom was made during a meeting held by the UNESCO member countries Sept.8-10 in Paris.

Saudi Arabia, Brazil, Sweden, South Korea, Switzerland and Rwanda were also elected new members of this Committee, which provides guidance and make recommendations on the best ways to protect the intangible cultural heritage.

The 24-members of this committee examine the requests submitted by the States Parties for the inscription of intangible heritage on the Lists as well as proposals for programs and projects. The Committee is also in charge of granting international assistance.

Its members are elected by the States Parties according to the principles of equitable geographical representation for a term of four years, and every two years, the General Assembly renews half of them.