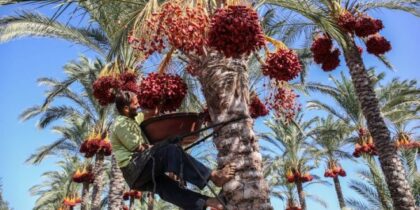 The three parties will, under their partnership, make all their technical resources and networks available to dates producers, providing them with global support to strengthen their management and marketing capacities at national and international levels.

The final objective of this partnership being to increase the performance of economic interest groups and the marketing of dates from the province through modern distribution channels in Morocco and abroad, Asmex said in a statement.

According to the deal, registered under GIZ’s support for local development and economy project (PEDEL), members of economic interest groups will benefit from support, advice, training, coaching on management and marketing.

The project was already initiated on the ground last December through a prospecting mission for the French market carried out by the three partners on the sidelines of the Food Ingredients trade fair in Paris.

A follow-up activity materialized by a training workshop on marketing of local products in Europe organized in February in Zagora for the benefit of the operators concerned in the region and in particular the dates producers.
Zagora is known for the quality and diversity of its date production with around 63,000 tons in 2019.