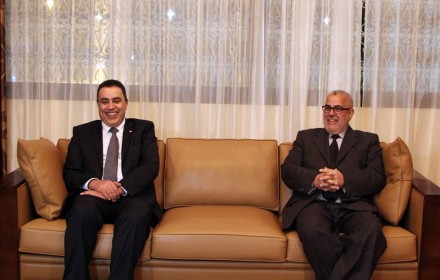 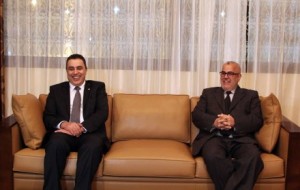 Tunisia’s official visit to Morocco led by Prime Minister Mehdi Jomaa ended its two-day stay in the country on Thursday (February 13). Both parties were seeking to tighten their mutual links in the economy, politics, and also social aspects. The Tunisia-Morocco relationship has significantly improved since the Tunisian revolution and representatives of both states have met many times since then. The next high-profile meeting is to take place soon, and it is believed that both Tunisia and Morocco will further elaborate on the contents of their hitherto cooperation.
Prime Minister Jomaa said that the priority for both parties is obviously the economy, although they are looking for ways to increase the overall scope of the cooperation to include all domains and sectors. Mr Jomaa also informed his Moroccan counterpart, Abdelilah Benkirane, of the current developments in his country, especially about the political trends related to the adoption of the new constitution. He furthermore added that the process of making of the new constitution would end up in fair, transparent, and balanced elections at the end of this year.
Furthermore, Tunisian Foreign Minister Mongi Hamdi emphasized that Morocco had always been a key strategic partner for his country, which is why Tunisia wants to follow the experience and success of Morocco in all domains. His Moroccan counterpart, Salaheddine Mezouar, replied that Morocco would like to help Tunisia and provide it with valuable advice. He added that both countries would like to see further integration of the region and thus “breathe a new life” into the vision of a Maghreb Union.
Both officials stressed the need to integrate Maghreb and thus achieve such a level of a union that would benefit its citizens as well as international economic and trade partners. Tighter collaboration among Maghreb’s nations is hoped to bring not only economic advantages but also security benefits. Economist Mehdi Cherrat said that the region faces the same security, social, and economic challenges, which is why peoples of Maghreb should cooperate and take concrete steps towards the integration.