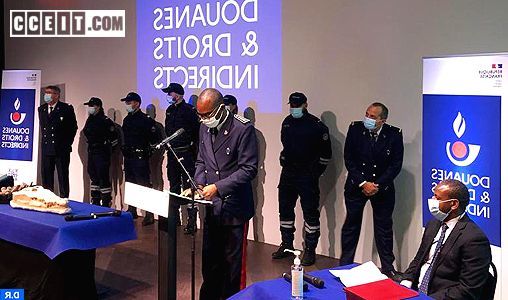 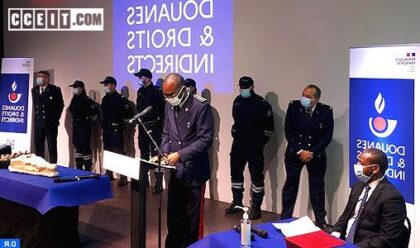 Nearly 25,500 rare archaeological pieces relating mainly to the prehistorical and paleontology era, which were seized by French Customs in 2005 and 2006, were returned to Morocco on Thursday.

A ceremony took place Thursday at the Museum of Civilizations of Europe and the Mediterranean (MuCEM) in Marseille during which the pieces were handed over to the Consul General of Morocco in Marseille, Said Bakhkhar.

The 24,459 returned items include fossil and archaeological finds, trilobites, teeth, animal skulls and jaws, arrowheads, carved tools, discovered in pre-Saharan and anti-Atlas sites, and dating back some 500,000 million years ago, and from the Paleolithic and Neolithic periods (6,130,000 years/- 6,000 years).

Among this priceless treasure is cave engravings, some dating back to the Neolithic, a crocodile skull still partly in its gangue, an exceptional piece, especially as many fakes are on sale, as well as fish teeth and reptiles dating mostly from the Eocene, the second Paleogenic era and the second of the Cenozoic era (56-33 million years).

These archaeological objects had been intercepted during three consecutive seizures carried out by the customs of Arles and Perpignan between November 2005 and November 2006.

Morocco’s ambassador to France, Chakib Benmoussa, who attended the ceremony, said this handover reflects the shared determination of the two countries to form a common front against the illicit trafficking of cultural property within the framework of their respective international commitments on the matter and to protect cultural heritage.

The recovery of these archaeological finds took place in accordance with the international commitments of Morocco and France relating to the implementation of the UNESCO 1970 Convention on the Means of Prohibiting and Preventing the Illicit Import, Export and Transfer of Ownership of Cultural Property.