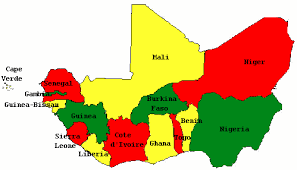 ECOWAS optimistic on transition in Mali

The Ghanaian Head of State Nana Akufo-Addo, current President of the Community of West African States (ECOWAS), said Sunday during a visit to Bamako to have “good hope” that the Malian transition authorities respect their commitments.

“For the time being, all the actions undertaken by the transitional authorities give us good hope that they are fulfilling the commitments made to us,” said the Ghanaian President during a very brief press conference at the end of his visit.

Accompanied by former Nigerian President Goodluck Jonathan, mediator in this crisis, and the President of the ECOWAS Commission, Jean-Claude Kassi Brou, Nana Akufo-Addo met with the transitional President Bah N’daw, a retired colonel, and the transitional Vice-President, the head of the junta, Colonel Assimi Goïta.

The current President of ECOWAS “urged the transitional authorities to finalize the timetable of the electoral process to reach the presidential and parliamentary elections within the time frame indicated,” according to a statement read out at the press conference.

The Ghanaian president also met with former Prime Minister Boubou Cissé, one of the eleven civilian and military personalities detained since the coup and whose release was announced Wednesday by Colonel Goïta. This release was one of the demands of ECOWAS.

However, another of these demands, the dissolution of the junta, has not yet been met, nor was it officially mentioned during the visit.

ECOWAS lifted its sanctions on Mali after obtaining the appointment of a civilian president and transitional prime minister and the junta’s renunciation of the possibility for the vice-president, Colonel Goïta, to replace the president if he is unable to assume his job.