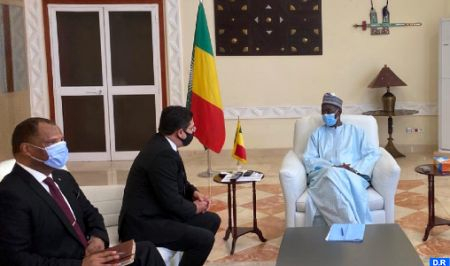 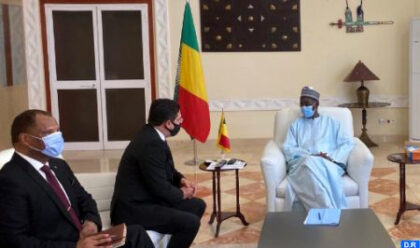 Morocco’s Foreign Minister flew to Mali on orders of King Mohammed VI where he met with transitional president Bah N’dah and religious dignitaries.

Later on Tuesday, he met religious dignitaries including Bouye Haidara and Mahmoud Dicko.

The interlocutors of the Moroccan official expressed to him their gratitude to King Mohammed VI and to Morocco for their solidarity with the Malian people.

Morocco’s support to Mali reflects a long history that unites the two peoples. On all occasions when Mali was going through difficult situations, Morocco was the first country to come to the aid of Mali, as put by Imam Mahmoud Dicko.

Mali was part of the countries, which received Moroccan aid in the wake of the Covid-19 outbreak.

King Mohammed VI has also agreed to put the Sébéninkoro Polyclinic at the disposal of the Government of Mali to help the West African country fight the COVID-19 pandemic.

Last August, Morocco urged a “peaceful transition” in Mali enabling a return to the constitutional order, the ministry said, adding that the North African kingdom is confident that Malian brothers will show responsibility in line with their values of peace and national harmony in order to restore Mali’s stability.