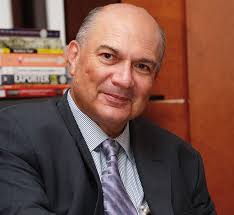 The Board of Directors of the International Fertilizer Association (IFA) has elected Mostafa Terrab, Chief Executive of the Moroccan OCP group, as chairman of this global fertilizer association.

Mr. Terrab becomes the first chairman from the African continent of the IFA in its 90-year history. His election to this post was made during the IFA annual conference held in Montreal (Canada) June 11-13.

“I am honored to take on this important responsibility” said Mr. Terrab. According to IFA, sustainable nutrient use, science-based approaches to plant nutrition and capacity building are among Mr. Terrab’s top priorities for his chairmanship.

Mr. Terrab holds a Ph.D in Operations Research from MIT, and previously worked as the first Director General of the Moroccan National Telecommunications Regulatory Agency (ANRT) and at the World Bank before joining OCP in 2006.

The International Fertilizer Association (IFA) is the only global fertilizer association with a membership of more than 500 entities, encompassing all actors in the fertilizer value chain (producers, traders, distributors, service providers), advisors, research organizations and NGOs.

IFA promotes the efficient and responsible production, distribution and use of plant nutrients to enable sustainable agricultural systems that contribute to a world free of hunger and malnutrition.