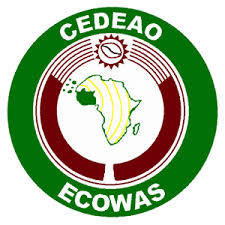 ECOWAS to withdraw its troops from Guinea-Bissau

ECOWAS will gradually withdraw its intervention force in Guinea-Bissau. A first group has already left Bissau on August 27. It consists of 130 men mainly from the Togolese Special Forces who arrived in Guinea-Bissau in November 2019 to reinforce the sub-regional contingent stationed in Bissau since 2012.

The other ECOWAS troops, notably Nigerians, Senegalese and Burkinabe, will gradually leave by December 2020, handing over to the army.

A fringe of the political class that does not trust its army, customary of violent political upheavals, has voiced concern.

Souleymane Gassama, a jury and political analyst, is dubious. “No one trusts anyone. There is a crying lack of trust and so people think that they will not be able to live in peace in the near future».

For Abdoulaye Diallo, a journalist, it is a relief that ECOWAS forces are perceived as an occupying force. “It is a relief for the country, because no army accepts the presence of a foreign force on its territory for any reason. It sounds like permanent instability, almost an occupation.”

The last time the military intervened in the political arena was in 2012 when the government of Carlos Gomes junior was overthrown between two rounds of the presidential elections. Since then, ECOWAS has deployed an interposition force in the country. About a thousand soldiers from Niger, Senegal, Burkina Faso and Togo were tasked with ensuring security and protecting public buildings.