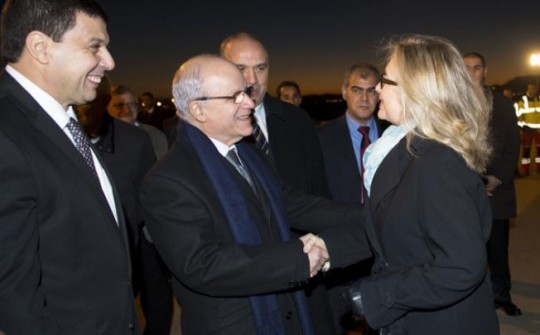 Clinton in Algeria to Gain Backing to Military Intervention in Mali 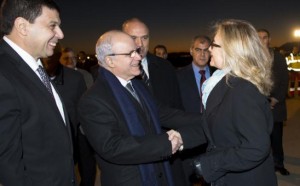 U.S. Secretary of State Hillary Clinton started this Monday a visit to Algeria for talks with Algerian officials on the situation in northern Mali, a vast desert area that has been seized by Islamist militant groups following a military coup in the African country last March.
Mrs Clinton will join her voice to France’s to try to convince Algeria to back a military intervention in Mali to free it from the grip of Al-Qaeda affiliated groups, including Al-Qaeda in the Islamic Maghreb (AQIM), which seek to impose Shariaa, hard-line Islamic law, in the Malian strip and which threaten stability in the whole region and beyond.
Algeria has so far rejected a direct military intervention in Mali to dislodge the militant groups opting for negotiations in a bid to reach a political solution to the crisis, while the international powers, mainly France and the U.S., back the sending of an international force to fight the militants.
However, neither France nor the U.S is planning to send troops to Mali. They have only pledged logistical, technical and humanitarian support to the intervention force that will be made up essentially of Malian soldiers and troops from other ECOWAS countries. The UN Security Council actually adopted on October 12 a resolution urging ECOWAS nations to speed up the setting up of a military force of about 3,300 troops that would, together with 3,000 Malian troops trained by the European Union, attempt to recover northern Mali, .
The two super powers deem Algeria’s backing to the intervention force as critical, while Algeria which shares a 1,400-kilometre border with Mali fears that militants of AQIM, which originated in Algeria, may seek refuge on its territory if they are chased from Mali and trigger a conflict in the country that is still recovering from the nightmare of the civil war that tore apart Algeria in the 1990s.