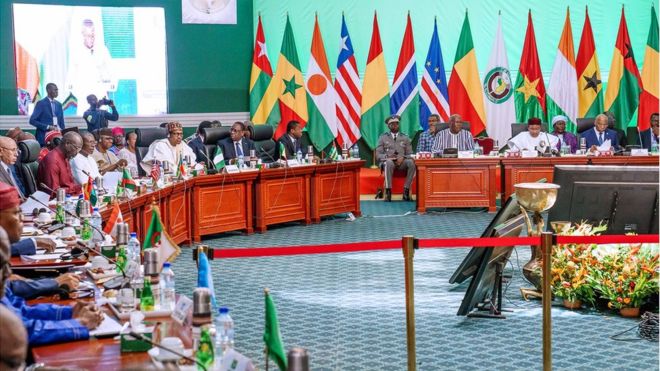 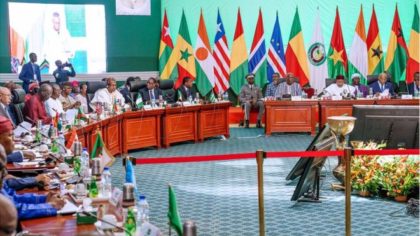 West African leaders have pledged $1 billion to combat the threat of Islamist militancy in the region, the head of the regional bloc said on Saturday at the end of the extraordinary summit of the Economic Community of West African States (ECOWAS) held in Ouagadougou, Burkina Faso.

The extraordinary summit was attended by the fifteen members of the West African bloc. Morocco, besides Mauritania and Chad were the only countries outside ECOWAS to attend the meeting that addressed the growing insecurity in the region.

According to the head of the regional bloc, Niger President Mahamadou Issoufou, ECOWAS decided to contribute “1 billion dollars to the financing of the joint forces and to the reinforcement of the operational capabilities and of state intelligence.”
The pledge is to be honored from 2020 to 2024, he said.

He said the Sahel and Lake Chad regions expected a bigger contribution in the fight against radical Islamists from the international community, which, he said, caused the Libyan crisis that was putting pressure on the region.

The funds are expected to help reinforce the military operations of the countries involved in the fight against violence in the region. Further details of the plan will be presented during the next ECOWAS summit in December.

The Sahel, a vast region bordering the Sahara Desert and including the countries of Mali, Niger, Chad and Mauritania, is increasingly referred to by the US military as “the new front in the war on terrorism”.

For many years, violent extremists have exploited the impoverished and lawless Sahel region of Africa, and took advantage of local grievances to establish in countries such as Mali and Niger.

Consequently, there have been countless terrorist attacks throughout the region, including high-profile attacks by Islamic State, al-Qaeda-linked groups, Boko Haram and other extremist movements.

During the summit, the ECOWAS Commission’s President Jean-Claude Kassi Brou deplored the mounting toll of violence and called on the United Nations to bolster its peacekeeping mission established in Mali since 2013.

“2,200 attacks in the last four years, 11,500 dead, thousands wounded … millions of displaced and economic activity have been greatly affected,” he added.

The UN acknowledged in July that Islamist attacks were expanding in such a rapid way, that the region should think of strengthening its response and reaction beyond current military efforts.

In 2017, five West-African countries (Burkina Faso, Chad, Mali, Mauritania, and Niger) backed by France launched the G5-Sahel taskforce to combat the insurgents but the initiative was limited by a lack of funds, training, and equipment.

As extremist religious discourse and violence considerably grew across West Africa over the past two decades, pundits believe that military responses alone may not be sufficient to end the rise of violence that can also be explained by lack of education, high illiteracy rates in some regions of West Africa, and socio-economic problems.

In addition to that, disenfranchised youths, who usually hold a deep resentment towards authorities and do not trust their countries’ political elites, are an easy prey to terrorist groups’ recruiters.

Therefore, analysts explain, military responses in the fight against terrorism may not be effective if not accompanied by structural changes preventing terror groups from recruiting young people and expanding.