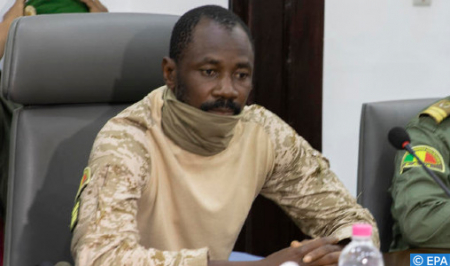 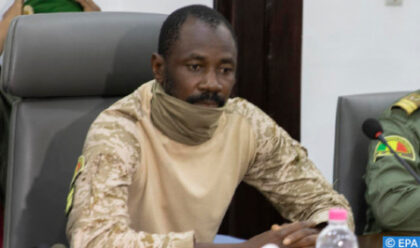 Colonel Assimi Goita, the leader of the National Committee for the Salvation of the People in Mali, the new entity running the Sahel country, has thanked King Mohammed VI for Morocco’s active contribution to the efforts aimed at resolving the crisis in his country.

The Malian new leader expressed his thanks to the Monarch during an audience he granted Tuesday evening at the military camp of Kati (15 km from Bamako) to the ambassador of Morocco in Mali, Hassan Naciri.

Colonel Assimi Goita expressed “his deep gratitude” to the King for the active contribution of the Kingdom to the efforts aimed at resolving the crisis.

Colonel Assimi Goita recalled that the Moroccan Ambassador was the first diplomat to make contact with the new authorities on Thursday, August 20, and welcomed the long-standing relations and the fruitful partnership that bind the two brotherly countries.

The Malian leader discussed with the Moroccan diplomat the latest developments in Mali following the events that took place on August 18 and informed him about the measures taken to calm down the situation.
The political transition will be discussed between the different components of the Malian society, he said.

A coup unfolded in Mali on August 18, forcing President Ibrahim Boubacar Keita to resign. After the president stepped down, the military personnel who staged the coup announced the establishment of the National Committee for the Salvation of the People (CNSP) as the entity in charge of leading Mali.

In a televised statement, CNSP said they had assumed responsibility for the people of Mali and will “ensure the continuity of the state and public services.”

The Malian army also emphasized that it is not interested in retaining power. Rather, CNSP seeks a “civil political transition” and credible general elections to exercise democracy “through a roadmap that will lay the foundations for a new Mali.”

North Africa Post's news desk is composed of journalists and editors, who are constantly working to provide new and accurate stories to NAP readers.
NEWER POSTMali: The M5 confirms “will” to accompany transition process beside the junta
OLDER POSTMorocco’s Al Akhawayn University gets $1.2 mln award from US State Department