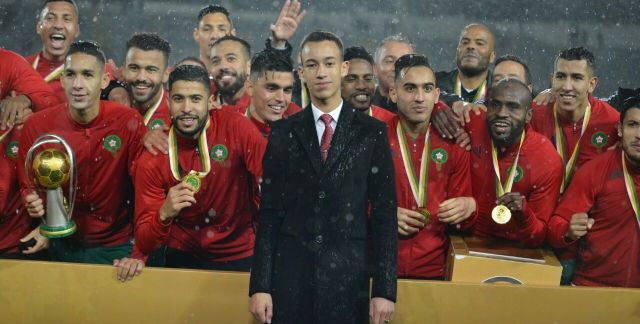 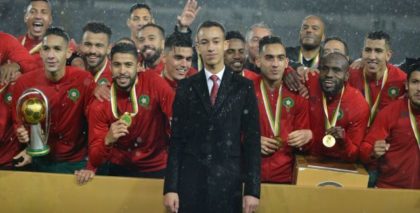 Morocco and Nigeria, the finalist teams in the African Nations Championship hosted by Morocco, resulted in a clear victory for the Moroccan football team of local players with a final score of 4 to null over Nigeria.

The final match took place this Sunday (February 4) at the Mohammed V complex in Casablanca, at the end of three weeks of an African football feast, the 5th edition of the African Nations Championship (CHAN-2018).

The numerous public who flocked to the stadium despite the rainy day was not disappointed as the match was a great show and the Atlas Lions performed a remarkable game that enabled them to fulfill their mission and, above all, to live up to the hopes placed in them.

Immediately after the final whistle, King Mohammed VI sent a message of congratulations to the team, expressing his joy and pride at the players’ achievement that crowns, he said, the beautiful performance and high competitiveness they have shown during all the stages of this continental tournament.

The King also expressed his conviction that this victory will be a very strong motivation for the national team and for all Moroccan sportsmen.

This CHAN final that was chaired by Crown Prince Moulay El Hassan and attended by CAF President, Ahmad Ahmad, will obviously remain in the annals of Moroccan football as it revealed players with immense talent, like Ayoub El Kaabi who was the top scorer with nine goals netted, including one in the final match.

The organization of CHAN-2018 in Morocco was lauded as remarkable on all levels and the public’s attendance also scored a record during a CHAN tournament.

This victory is most significant for Morocco, which will participate in this year’s world football cup in Russia and which is vying to host the 2026 world football tournament. The good CHAN organization and the public’s behavior may boost its chances.