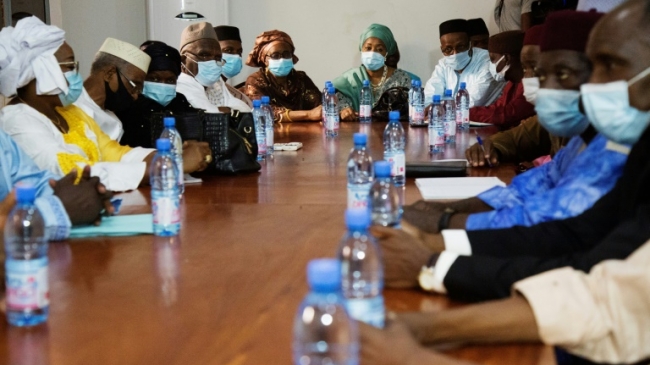 Mali: The M5 confirms “will” to accompany transition process beside the junta 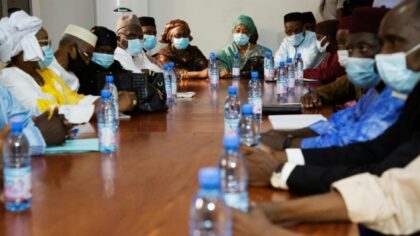 The malian protest movement Rassemblement des Forces Patriotiques or M5, which had demanded the resignation of the Malian president for weeks, and the Junta, which forced Ibrahim Boubacar Keïta to resign and which took power last week, held a meeting Thursday.

Many leading opposition figures of the M5 came to Kati, the junta’s headquarters, for this first meeting, such as Soguel Maïga, Issa Kaou Djim, former Prime Minister Modibo Sidibé and Mountaga Tall.

Several members of the M5 delegation told the press that it was a contact meeting. This official contact “went well,” said Modibo Sidibé. “We are willing to accompany the [transition] process,” said another member of the delegation. We were edified and reassured. »

“We held a fraternal dialogue among ourselves, we wanted to tell the committee that very soon there should be a fraternal meeting to go to certain decisions, because we are the two main actors of the change that has taken place in Mali,” explained Modibo Koné, member of the strategic committee of the M5.

The opposition therefore insists on being considered as one of the two actors of change. Very soon, the junta/M5 couple will meet to discuss fundamental issues, including the political transition.

“We need to get together to do this working session,” said Adama Ben Diarra, another member of the M5 strategic committee, insisting “we need to make this transition together.”

Another meeting will take place on Saturday, Aug.29.

On August 20, ECOWAS had said it denied all legitimacy to the putschists. Several international organizations, including ECOWAS, the African Union and the International Organization of the Francophonie have suspended Mali from their bodies.

But the initial demand for a return to power by Mr. Keïta no longer appears to be on the agenda, and analysts note an inclination to pragmatism among Mali’s partners.

North Africa Post's news desk is composed of journalists and editors, who are constantly working to provide new and accurate stories to NAP readers.
NEWER POSTAlgeria: The press freedom climate has changed for the worse
OLDER POSTMali’s new leader thanks King Mohammed VI for Morocco’s contribution to resolving Malian crisis