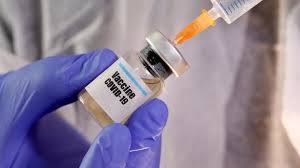 Two agreements were signed on Thursday in this regard via videoconference by Minister of Health Khalid Ait Taleb and top executives of the Chinese biotech group in presence of Foreign Minister Nasser Bourita.

The clinical phase III trials of a vaccine on humans allow researchers to gather data on the efficacy of potential vaccines for final regulatory approvals.

In return for its participation in the final stage of testing of the Chinese experimental vaccine, Morocco will be among the first countries to receive sufficient doses for the immunization of its citizen against the coronavirus.

According to the Moroccan Health Minister, thanks to the exchange of experiences and expertise with Chinese doctors and consultants in this field, Morocco will gain the know-how that would enable it to produce a vaccine probably very soon.

He also affirmed that the return to the normal pre-Covid-19 situation requires an efficient vaccine,stressing that this vaccine is very promising since it has already been approved by several countries.

The minister also noted that the vaccine trials will initially involve volunteers as of next week.

The signing of these agreements is intended to launch a first experience of clinical trials of vaccines in the Kingdom which has a substantial legal arsenal in this area, he added.

Speaking on this occasion, Moroccan Foreign Minister stressed the importance of the cooperation agreements inked with China to combat the COVID-19 pandemic, saying these deals are part of the strategic partnership, concluded in May 2016 in Beijing by King Mohammed VI and President Xi Jinping.

For his part, the chargé d’Affaires of the Chinese embassy in Rabat, Jun Mao, said the signing of these agreements reflects the excellent strategic ties exiting between the two countries.

Morocco seeks to secure coronavirus vaccines to inoculate its citizens the quickest possible against the disease through partnership agreements with leading drug makers who are currently engaged in a frenzy race to develop an efficient and safe vaccine against COVID-19.