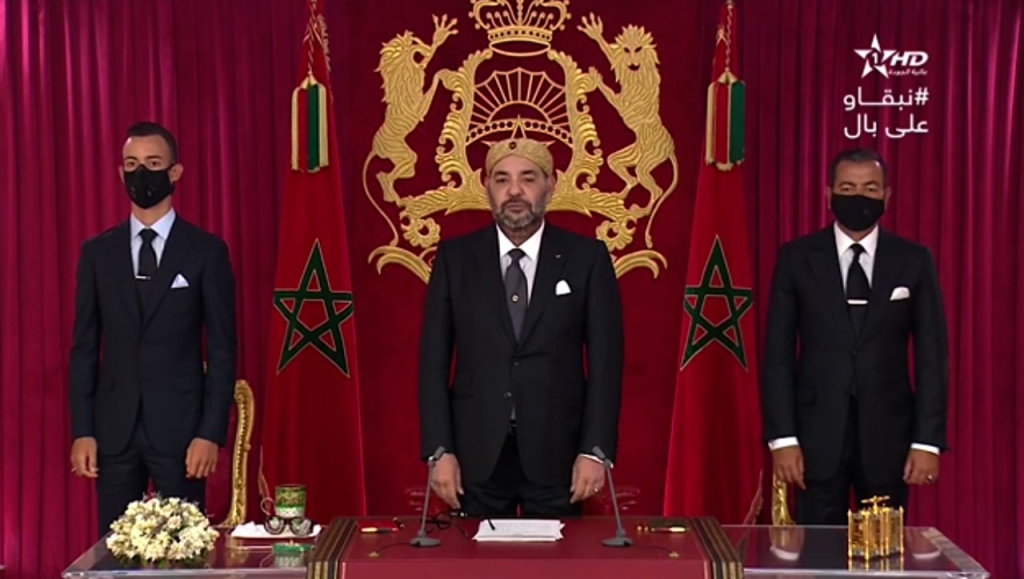 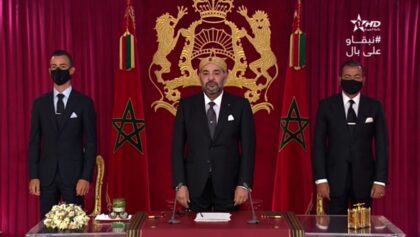 The King pointed out that Morocco was cited as a model in the fight against the virus and that achievements should not be overturned by negligence.

“There are people who claim that this epidemic does not exist. There are those who believe that the lifting of the lockdown means the epidemic is over, while others are behaving in an unacceptably lax and careless way,” the King warned in a speech marking the 67th anniversary of the historic Revolution of the King and the People.

“The disease is very much real,” the king said, adding that “those who claim otherwise are not only putting themselves in harm’s way, but they are also endangering the lives of their relatives and of others.”

The fact that symptoms may take up to 10 days and that there are many asymptomatic people increases the risk of spreading infection, he added.

“This disease makes no distinction between urban and rural populations, nor between children, youths and the elderly,” he said.

Morocco has struggled with a rise in infections after the lockdown was eased in June. Now infections are three times higher standing at 47,638 with 775 deaths and 32806 recoveries.

Many people do not respect the protective measures advocated by the government authorities, and which include the wearing of masks, social distancing, hygiene and the use of disinfectants, the King said.

“In fact, that behavior on the part of some people runs counter to the values of patriotism and the spirit of solidarity, for patriotism requires, first and foremost, that we care for the well-being and safety of others. As for solidarity, it is not limited to financial support. In a context such as this one, it implies, above all, a commitment not to spread the infection among people,” he made it clear.

“If figures continue to increase, the Covid-19 Scientific Committee may recommend another lockdown, perhaps with even tighter restrictions,” he said.

Such a decision “will have severe repercussions on people’s lives and on socio-economic conditions,” said the Moroccan monarch.