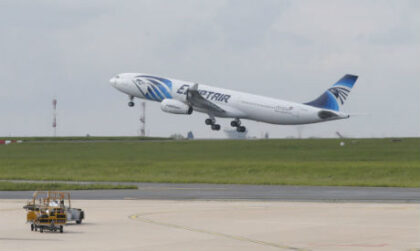 Egypt’s embassy in Germany Tuesday announced that the country’s national carrier, EgyptAir, has resumed flights to and from Egypt four months after suspension over covid-19 pandemic.

The embassy said, in a statement, the national flag carrier has already resumed flights from Berlin and Frankfurt airports on July 1, Ahram online reports.

Egypt in March grounded the airline’s fleet and halted almost all flights as part of measure to curb the spread of the respiratory disease. The country was the first African country to report a first case, in February.

However, last month, the Civil Aviation indicated that airports will be reopened for flights, gradually, from July 1st.