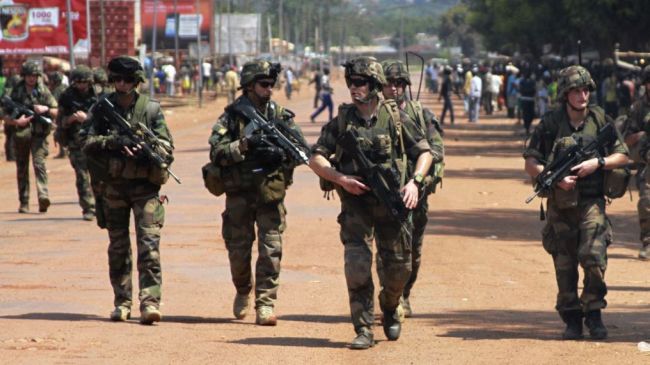 EU and France to Dispatch More Forces to CAR 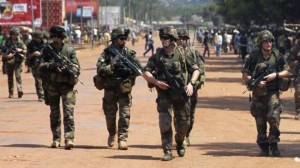 First Paris and then Brussels announced last Friday (14 February) that they would boost their peace-keeping forces in the strife-torn Central African Republic. Following a meeting of the national Defence Council at the Elysée Palace, France announced it would deploy 400 more soldiers and gendarmes, bringing its total forces in its former colony to 2,000. French forces are working alongside nearly 6,000 African peacekeepers in an attempt to halt the escalating sectarian violence in CAR. Paris also called on other countries to show “increased solidarity” and urged the European Union to accelerate its deployment of a promised 500 peace-keepers in the country.
Later on the same day, Brussels responded when Catherine Ashton, the head of EU Foreign Affairs and Security Policy, announced the EU would send around 1,000 troops to CAR to help restore order. Ashton said that the EU has already more than 500 troops, as already promised, but was looking to double that number. Meanwhile, major EU powers such as Britain and Germany have refused to commit soldiers, and diplomats say efforts are focusing on smaller countries. To that end, besides France, five other EU countries have reportedly proposed a “substantial” contribution to the mission. Poland could provide 140 soldiers while Estonia, Latvia, Romania and Portugal could each offer 30 to 50, the sources said.
The country slipped into chaos after the predominantly Muslim Seleka rebels deposed president François Bozizé in a coup in March 2013. The rebel group was officially disbanded after it seized power, but some of its former members launched a campaign of killing, raping and looting, prompting some communities in the Christian-majority nation to form vigilante militias. However, unlike in the earlier stages of the conflict, it is now the so-called ‘anti-balaka’ that are now seen to have become the main threat to peace and security in the country.