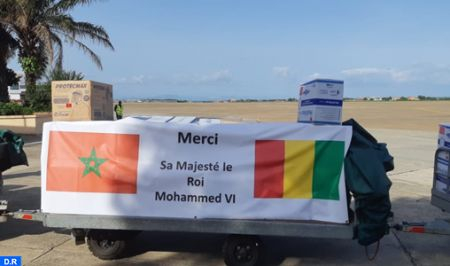 US welcomes Morocco’s leadership in fight against COVID-19 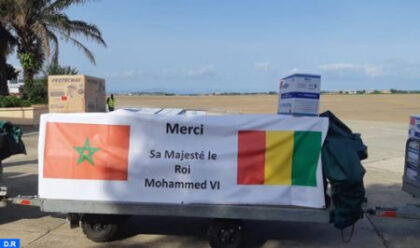 The United States has joined the list of countries that commended Morocco’s humanitarian initiative to support several African states in their fight against COVID-19.

The US embassy in Morocco tweeted Monday its appreciation for the Moroccan government’s initiative, stating that the US welcomes Morocco’s “leadership in the fight against COVID-19.”

“We commend Morocco’s leadership in the fight against COVID-19 and applaud its work supporting fellow African countries through donations of crucial PPE and medical supplies,” the embassy wrote.

The tweet also reiterated the United States’ determination to continue to partner closely with Morocco to address global health challenges.

The US embassy’s statement followed the decision made by king Mohammed VI to send medical supplies to 15 African states affected by COVID-19.

This is not the first time the US expressed satisfaction with Morocco’s leading role in the fight against COVID-19.

Since the outbreak of COVID-19, the US embassy has repeatedly lauded Morocco’s efforts to combat the pandemic and ambassador to Morocco David Fischer commended Morocco’s health professionals, describing them as “everyday heroes.”

Several countries, including those who benefited from Morocco’s aid, expressed appreciation for the royal humanitarian gesture and for Morocco’s cooperation efforts.

This aid shows the strong African commitment and the active solidarity of the Kingdom towards African countries within the framework of the King’s vision for South-South cooperation, they underlined.

In this vein, President Umaro Sissoco Embaló of Guinea-Bissau, one of the beneficiary countries of the aid, expressed thanks to King Mohammed VI for this important initiative, saying the Moroccan medical aid flown to Guinea-Bissau in this very difficult period shows the “excellent relations of friendship and solidarity” binding the two countries.

In a related development, the Spanish news agency EFE commented that since it returned to the African Union in January 2017, Morocco has been constantly consolidating its cooperation with African countries in all areas, a fact that enabled it to forge new alliances and consolidate others.

Within the framework of this cooperation, King Mohammed VI has given his instructions for sending medical aid to 15 African countries, the Spanish news agency recalled.

The medical supplies include equipment and drugs, which are manufactured by Moroccan companies and which meet the standards of the World Health Organization (WHO), noted the agency.