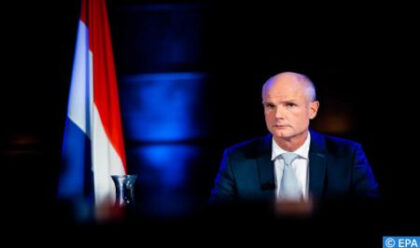 Dutch foreign minister said Morocco’s intervention to open the Guerguarat border passage with Mauritania was justified as an action to reopen the road blocked by the Polisario to international traffic.

“The actions of the Moroccan army on November 13 came in reaction to the blockade of the Guerguarat crossing, ” the Dutch Foreign Minister Stef Blok told MPs in the parliament.

He said the Netherlands backs the EU’s official position expressed by foreign affairs chief Josep Borrel stressing the need to maintain the ceasefire and protect the free flow of commercial and civilian traffic in the Guerguerat area.

Most EU countries welcomed the reopening of the Guerguarat passage to commercial traffic.

Soon after Morocco’s reopening of the Guerguarat road, the Polisario defied the international community and declared a withdrawal of the ceasefire. Morocco maintains its attachment to the ceasefire agreement but made it clear that it will respond to any security threat.

Morocco has also erected fortifications to protect the road once and for all from the Polisario banditry.

The Guerguerat road was used by the Algerian-backed Polisario separatists to blackmail Morocco by undermining trade with the rest of Africa.