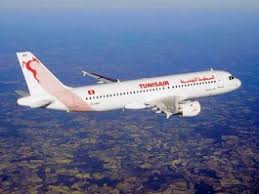 Tunisia to re-open borders on June 27

The Tunisian commission for the fight against covid-19 decided at a meeting Monday to re-open the country’s land, air, and sea borders on June 27 as the health crisis is coming under control.

Tunisian returnees will be subject to a seven-day mandatory quarantine in a hotel at their own expense and an additional seven days under strict health monitoring.

The commission also decided to allow inter-city travel starting June 4.
Last week the North African country said shops, café, restaurants and mosques will re-open on June 4.
Authorities like most governments around the world in March closed their borders as part of measure to curb the spread of the respiratory disease. The measure crippled economic activity, including tourism, the country’s second biggest GDP contributor.

Authorities predict about $1.4 billion loss in the industry and a 4.3 per cent slowdown of the economy, the steepest drop since 1956 independence.

The number of coronavirus confirmed cases in the country stood at 1,086 as of this Tuesday, while the number of recoveries has risen to 965. The number of deaths caused by COVID-19 stands at 48.