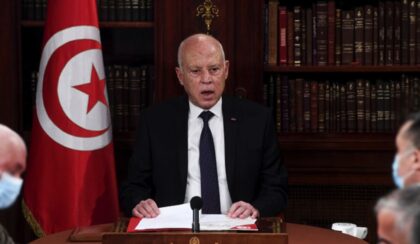 Tunisian President Kais Saied has extended the exceptional measures including suspension of the parliament that he has taken since July 25, until further notice.

His office said in a statement that he also extended the suspension of the immunity of members of parliament.

Saied took Tunisians by surprise on July 25 as he seized the executive power, fired Prime Minister Hichem Mechichi, and suspended the legislature including the immunity of lawmakers.

The move undertaken on the back of the article 80 of the constitution is meant to last for 30 days.

Saied in the process fired several other top state officials and issued arrest warrants against a number of lawmakers.

Critics including parliament largest party Ennahdha lambasted the action that they branded a coup. Early this week, a cleric was summoned by the ministry of religious affairs for allegedly calling Saied putschist.

The Presidency rejected the charges arguing that they were necessary to restore the country. Tunisia had been gripped by political crisis that had stalled collaboration between Saied and Mechichi for months.