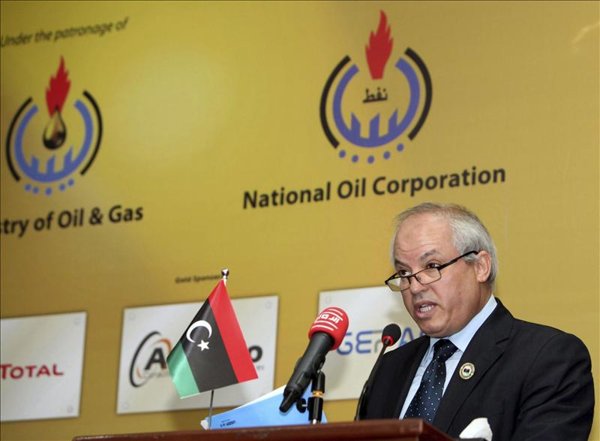 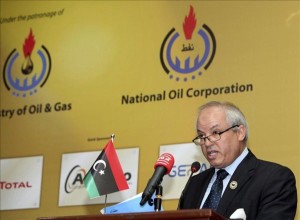 Abdelbari al-Arusi, Libya’s oil minister has become desperate about the ongoing strikes in several eastern ports, which have reduced the country’s oil export to 30%. The minister has warned that if the situation continues, “Libya will plunge into darkness.” The oil rich country wants to surpass its pre-war production and exportations. However, frequent strikes have forced to struggle in maintaining an output of 1.6million barrels per day.
The ports of Es Sider, Ras Lanuf, Zueitina, Marsa al Brega and Marsa al Hariga have been shut down during the past few months due to protests for salary increment or for the change of management at certain companies. Ras lanuf has one Libya’s biggest refinery and its closure had a huge impact on the sector.
The minister didn’t hesitate to confirm that production has been on a drastic fall and will continue to fall if the frequent disruptions occurring at the different ports don’t come to an end. According to him, only 330,000 barrels per day are produced in Libya.
The country heavily depends on oil. The minister cited that the continuing strikes would eventually hamper the economy and paralyze the state financially.
Protesters prefer to attack ports during their strikes because they believe it is the easiest and fastest way to gain the government’s attention. Authorities want to bring an end to such behaviors. Minister Arusi revealed that a new chief has been appointed to head the special force securing oil facilities after the resignation of Colonel Ali Elashrash. Members of the special force are behind the disruptions of operations at the various ports. The majority of these fighters were rebels during the civil war.
The government has been engaged in negotiations to end the strikes but efforts have proved futile.

North Africa Post's news desk is composed of journalists and editors, who are constantly working to provide new and accurate stories to NAP readers.
NEWER POST‘A Coup’ or Something Else? – U.S. Dilemma in Egypt
OLDER POSTEgypt: US congress delegation issues warning