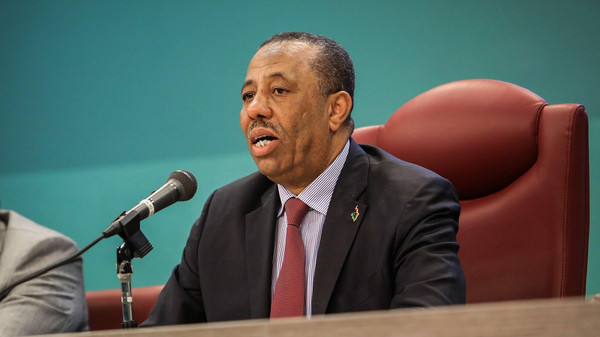 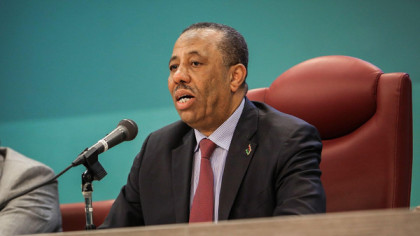 A Libyan official denied Wednesday that Prime Minister Abdullah al-Thinni had officially resigned from his position.

Abdullah al-Thinni, the internationally recognized Libyan Premier surprisingly offered to resign in a televised debate on Tuesday as the political protagonists of the Libyan crisis were meeting in Geneva in the framework of a new UN round of talks in a bid to end the four-year political turmoil and instability in the country.

“If my exit is the solution, then I announce it here” and “my resignation will be submitted to the parliament on Sunday,” the PM had said after he was overwhelmed by citizens’ questions and accusations about a set of issues including lack of security and basic public services, rampant corruption etc.

Wednesday, the government spokesman Hatem al- Arabi denied the resignation saying that it was a possibility, not an official notification.

“The prime minister has not resigned officially. He said during the TV show that he would resign if the street demands it,” Arabi said.

“A resignation needs to be handed in writing to the House of Representatives, which would accept or reject it.”

Libya has descended into chaos in 2011 after the ouster and death of Gaddafi following a popular uprising. The one-time prosperous North African country is now a failed state where terrorist organizations, mainly ISIS, have gained foothold.

The country’s political divisions have yielded two rival seats of government, one in Tripoli and the other in Tobruk, each of which boasting its own institutions and military capacities.
Thinni is Prime Minister of the internationally recognized Libyan government operating from Toburk, while the rival militia is ruling from Tripoli with its parliament, the General National Congress (GNC).

The two rival factions held several rounds of talks in the framework of the UN sponsored dialogue process, seeking to narrow differences and forge a common platform that can form the basis for a peaceful resolution of the political and military conflict in Libya.

The latest round of talks was held in Geneva Tuesday and Wednesday and for the first time the representatives of the GNC sat down with the Tobruk-based and elected House of Representatives with the aim of forming a unity government.

The two-day talks, presided over by the head of the UN Libya Mission, Bernardino Leon, ended in a “positive atmosphere,” according to a statement issued by the UN on Wednesday.

“The different parties emphasized the need to set aside partisan agendas and uphold Libya’s higher national interests,” the statement said, adding that “the parties expressed optimism that the dialogue process was approaching its final stages.”

According to the UN Libya Mission, the parties underscored their determination to conclude the dialogue process with a target date to creating a unity government within the coming three weeks.

The next meeting is expected to be held next week either again in Geneva or in Morocco.