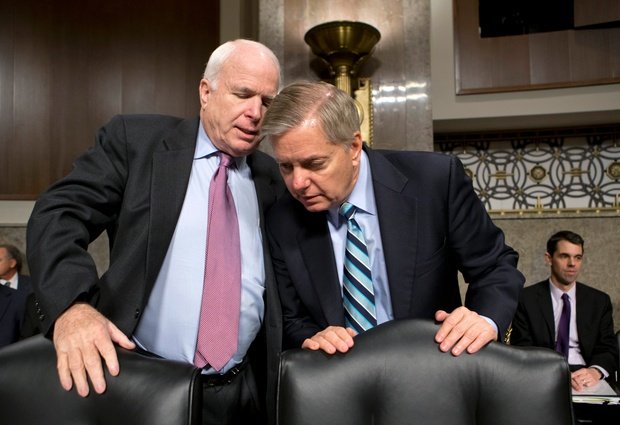 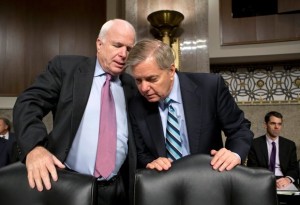 Shortly after EU’s Catherine Ashton announced that she had an open and frank discussion with Mursi, the White House is planning to send John McCain and Lindsey Graham to meet Egyptian officials as early as next week. Both of them are republican senators for Arizona and South Carolina respectively. They have also met members of the Muslim Brotherhood in the past.
Secretary of State John Kerry initiated the visit. He thinks it will give an opportunity to the Egyptian authorities to understand the opinion of the United States with regards to the ongoing political crisis and civil disobedience after the ousting of president Mursi from power.
According to Senator Graham, “we are going to need to reinforce our message” if the situation in Egypt shows no sign of improvement. He said they have been in discussions with President Obama and they believe that if the message to the Egyptian authorities comes from the Congress, “it would be even more powerful” and taking more seriously.
The standstill between the supporters of the military’s intervention and those of the Muslim Brotherhood is becoming more violent. Clashes between them have resulted to hundreds of deaths and there are fears that it can get worse. The military wants to put an end to sit-in’s of partisans of the Brotherhood.
Mursi’s supporters have vowed to risk their lives for his reinstatement. Graham said their message will be a return “to a democratically elected government sooner rather than later. He pointed out that “putting people in opposition in jail is not sustainable.”  The Congress won’t “tolerate a military takeover” and the Egyptian authorities need to be aware of it, Graham warned.