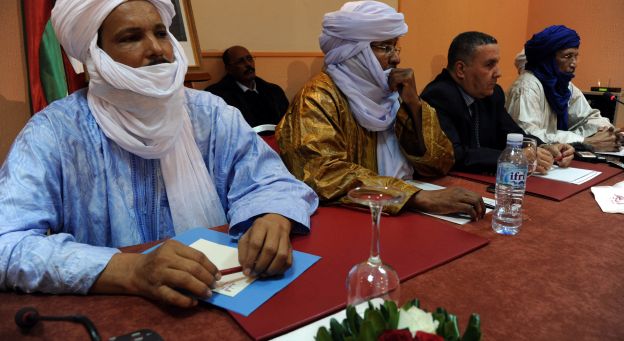 Negotiations underway between Mali and the MNLA 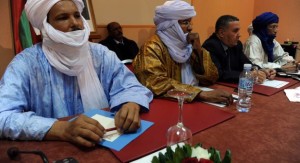 Official negotiations are underway today between the Malian state and the Touareg rebellion of the “National Movement for the Liberation of Azawad (MNLA)”. The negotiations are to be held under the auspices of Burkina Faso with the main objective of resolving the case of the city of Kidal, which has been under the control of the rebel group since January.
Just before his departure to Ouagadougou, the Malian government negotiator, Tiébilé Dramé, showed his optimism and confidence that the negotiations are going to be fruitful, hoping that an agreement would be signed next Monday.
According to Dramé “the Ouagadougou process must continue. This remains a priority for Mali, as an expected result, the restoration of the authority of the State of Mali throughout the Malian territory”. He added that “the return of the Malian government meant the return of Malian administration, technical services of the state but also of the armed and security forces across the Malian territory”.
The Tuareg rebels have denied government access to the city of Kidal before the coming presidential elections, forcing government officials to launch an attack and recapture the town of Anefis on the road to Kidal.
The rebels are still unwilling to let the Malian forces to the city of Kidal after their attack, but despite the heated tensions between the two sides, the Malian authorities have expressed their desire and willingness to dialogue.

North Africa Post's news desk is composed of journalists and editors, who are constantly working to provide new and accurate stories to NAP readers.
NEWER POSTAsthon: Morocco is key EU partner
OLDER POSTEgypt: Every option is possible to stop Ethiopia