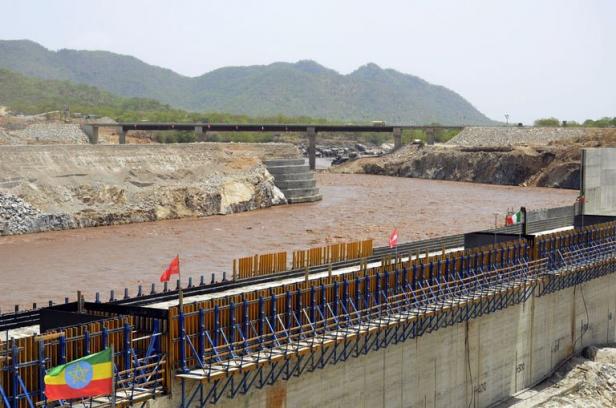 Egypt: Every option is possible to stop Ethiopia 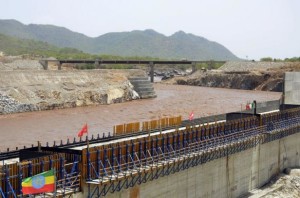 Egypt is not ruling out military options to halt the construction of a dam on the Blue River Nile by Ethiopia.
The Nile is being diverted 500 meters from its natural course for the construction of a hydroelectric plant, Grand Ethiopian Renaissance Dam, worth $4,2billion and capable of producing 6,000 megawatts at full capacity. Egypt is worried that the dam will affect the part of the River nil flowing in its territory.
An adviser to President Morsi said that he understands “Egypt’s right to defend its interests, and other people have a right to follow their own interests”, but warned that there should be mutual respect for each other’s interests. He said that “there must be assurances” that the Ethiopian project will not hamper their interest because “all options are open” to Egypt.
Another presidential adviser, Pakinam el-Sharkawy, said the Ethiopian Renaissance Dam is a “national security” issue and wants them to stop construction works. Egypt wants more studies to be done about the effects of the dam on the Nile but Ethiopia is not paying heed. The Egyptian government is not ruling out an attack to destroy the dam if diplomatic efforts fail to persuade Ethiopia.
Ethiopia has considered the Egyptian remarks about launching an attack or sabotaging the project as “hostile” and has summoned the Egyptian ambassador for an official explanation. Egyptian Foreign Minister Mohammed Kamel Amr said there is “a large window for dialogue and discussion” to avoid negative effects.
Egypt claims its “historic rights” to the Nile are guaranteed by the treaties from 1929 and 1959 which allow it 87% of the Nile’s flow and give it veto power over upstream projects but an agreement in 2010 reached by Nile basin sidelined Egypt.

North Africa Post's news desk is composed of journalists and editors, who are constantly working to provide new and accurate stories to NAP readers.
NEWER POSTNegotiations underway between Mali and the MNLA
OLDER POSTEgypt-Ethiopia: a Looming Water War