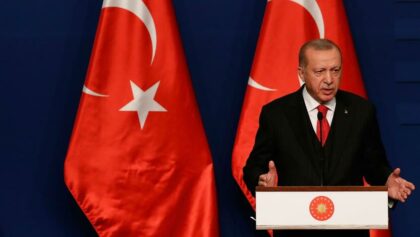 After a two-day visit to Algeria, Erdogan will travel to the Gambia and Senegal, where he will discuss economic cooperation and other bilateral issues with Gambian and Senegalese Presidents Adama Barrow and Macky Sall.

Erdogan’s talks with the African leaders will also cover the fight against terrorism, with Turkish media reports indicating Erdogan will focus on eradicating the influence of exiled cleric Fethullah Gulen, blamed by Ankara for masterminding a failed 2016 coup attempt.

Erdogan has made it a foreign policy priority to establish new ties with emerging economies in Africa. He has visited more than 20 African countries since he was elected president in 2014.

Ankara, which has diplomatic representations in 41 countries on the continent, compared to 12 missions in 2009, is aiming to have a Turkish diplomatic mission in every African country and wants to play a major role in development and trade in the continent.

Turkey has established strong military ties with Somalia and deepened its relationship with Sudan, while its presence in West Africa is also being felt.

Turkey’s foreign trade volume with African countries has increased six fold in the past fifteen years – to over €14 billion 2017.