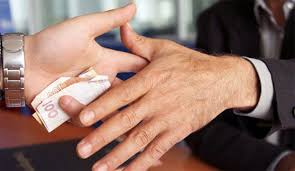 Morocco is strongly committed to fighting all aspects of corruption through credible efforts that earned the country better ranking in some international indexes, head of the Moroccan government Saad Eddine El Othmani said.

The crackdown on corrupt officials has also helped the country jump in the Doing Business index to the 53rd place in 2019 among 190 countries.

However, Transparency International’s 2019 Corruption Perceptions Index (CPI) released Thursday found that a majority of countries are showing little to no improvement in tackling corruption.

The report, which ranked Morocco 80th out of 180 countries, shows that the North African country has dropped seven places on the ranking, after standing 73rd in 2019.

According to official figures, corruption rips Morocco of 5% to 7% of its GDP. The country has launched an anti-corruption strategy to eradicate all sorts of bribery, strengthen trust in institutions and improve business climate.

Transparency International noted in its latest report that its “analysis shows that corruption is more pervasive in countries where big money can flow freely into electoral campaigns and where governments listen only to the voices of wealthy or well-connected individuals.”

The NGO suggests, however, to reduce big money in politics and promote inclusive political decision-making in order to curb corruption.